Bloomsbury Group and their friends 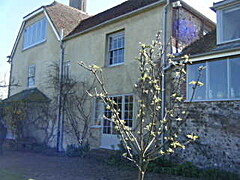 The Bloomsbury group itself evolved out of the Cambridge Apostles, and their friends and family. I have decided to include ‘… and their friends’ as they had so many interesting friends that it would be a shame to disqualify them. I thought the threads might include discussion threads for individual members of Bloomsbury, to discuss their lives and their work, and then leave it up to this group’s members to come up with other thread topics they wanted to play in.

Among their friends were Vita Sackville West, Nigel Nicholson, Katherine Mansfield, TS Eliot, Dora Carrington and many others.