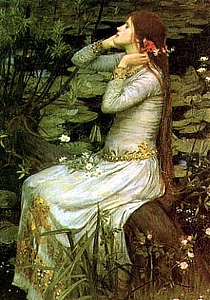 About meI'm a recently retired professor of 16th and 17th British literature, particularly drama. I read a lot of fiction--historical novels set in many places and time periods, contemporary British fiction, classics, and more. I have started to write a historical novel, something I've wanted to do for a long, long time.

Best of 2020 (so far):
The Mirror and the Light by Hilary Mantel
The Yellow House by Sarah M. Broom
Stillwater by Nicole Helget

Best of 2019:
The Beekeeper of Alleppo by Chrity Lefteri
The Great Believers by Rebecca Makkai
Feast Your Eyes by Myla Goldberg
Spring by Ali Smith
Say Nothing: A True Story of Murder and Memory in Northern Ireland by Patrick Radden Keefe
In the Fall by Jeffrey Lent
Little by Edward Carey
The Welsh Fasting Girl by Varley O'Connor
Walk the Blue Fields by Claire Keegan
The Vegetarian by Han Kang
River Thieves by Michael Crummy

Best of 2018:
Circe by Madeline Miller
Lost Nation by Jeffrey Lent
The Silence of the Girls by Pat Barker
A Slant of Light by Jeffrey Lent
Go, Went, Gone by Jenny Erpenbeck
Lincoln in the Bardo by George Saunders
Florida by Lauren Groff
Transit by Rachel Cusk
Improvement by Joan Silber
Winter by Ali Smith
Hunger: A Memoir of (My) Body by Roxane Gay
A Place for Us by Fatima Farheen Mizra]]
Lighthousekeeping by Jeanette Winterson

Best of 2017:
The Essex Serpent by Sarah Perry
Autumn by Ali Smith
Human Acts by Han Kang
The Wonder by Emma Donahue
Anything Is Possible by Elizabeth Strout
The Good People by Hannah Kent
House of Names by Colm Toibin
You Don't Have to Say You Love Me: A Memoir by Sherman Alexie
Grace by Paul Lynch
Home Fire by Kamila Shamsie
The Ninth Hour by Alice McDermott

Best of 2015:
Galore by Michael Crummey
The Vizard Mask by Diana Norman
The Fair Fight by Anna Freeman
The Green Road by Anne Enright
How to Be Both by Ali Smith
Stoner by John Williams
Cold Mountain by Charles Fraser
The Book of Speculation by Erika Swyler
Fever by Mary Beth Keane

Best of 2013 (in order):
Transatlantic by Colm McCann
The Signature of All Things by Elizabeth Gilbert
The Goldfinch by Donna Tartt
A Constellation of Vital Phenomena by Anthony Marra
The Hired Man by Aminatta Forna
Life After Life by Kate Atkinson
Merivel: A Man of His Time by Rose Tremain
Honour by Elif Safak
The Cooked Seed: A Memoir by Anchee Min

Best of 2011:
There but for the by Ali Smith
Gillespie and I by Jane Harris
Coventry by Helen Humphreys
An Unsuitable Attachment by Barbara Pym
A Far Cry from Kensington by Muriel Spark
Memento Mori by Muriel Spark
Reading in the Dark by Seamus Deane
Elizabeth I: A Novel by Margaret George

Best of 2009:
The Frozen Thames by Helen Humphreys
The Children's Book by A. S. Byatt
The Cellist of Sarajevo by Stephen Galloway
Music and Silence by Rose Tremain
After You'd Gone by Maggie O'Farrell
Regeneration by Pat Barker
No Fond Return of Love by Barbara Pym

About my libraryMost of the books in my LT catalogue are for my leisure reading. I have barely begun to add scholarly books related to my research and teaching.

Currently readingA Glass of Blessings by Barbara Pym
Do Not Say We Have Nothing by Madeleine Thien
The Leavers: A Novel by Lisa Ko
Salt Houses by Hala Alyan
Al Franken, Giant of the Senate by Al Franken
Erotic Stories for Punjabi Widows: A Novel by Balli Kaur Jaswal
The Visionist: A Novel by Rachel Urquhart
Delicate Edible Birds: And Other Stories by Groff, Lauren (January 27, 2009) Hardcover by Lauren Groff
The Mountain: Stories by Paul Yoon
The Nothing by Hanif Kureishi
The Fortunes by Peter Ho Davies
After Rain: Stories by William Trevor
The golden legend by Nadeem Aslam
Birdcage walk by Helen Dunmore
Improvement: A Novel by Joan Silber
As Bright as Heaven by Susan Meissner
The Far Field by Madhuri Vijay
I, Hogarth by Michael Dean
On Earth We're Briefly Gorgeous: A Novel by Ocean Vuong
Blackberry and Wild Rose by Sonia Velton
The Dutch House: A Novel by Ann Patchett
The Shape of Family: A Novel by Shilpi Somaya Gowda
Wave by Sonali Deraniyagala