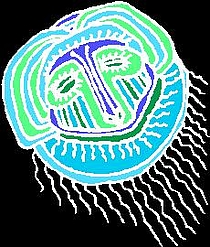 Lost in a Good Book

What I am Reading Now:

The Imperfectionists
By Tom Rachman

The Devil of Great Island
By Emerson W. Baker

The Sound of Building Coffins
By Louis Maistros

The Lion of Saint Mark
by G.A. Henty

Cork Boat: A True Story of the Unlikeliest Boat Ever Built
by John Pollack

Children of the Street
By Kwei Quartey

A Dance With Dragons
By George R.R. Martin

A Tree Grows in Brooklyn
by Betty Smith

About my libraryI joined LibraryThing in July '06. Since then I have been adding only the new books I buy, and the older books that I read. I have over 5,000 books cataloged on an Access Data Base, and having to put tags on them all is a daunting task. I may do it at some point.

I have been cataloging my books on Access since about 2001. Besides my own books I have the books of both my parents (deceased) in my library. I grew up with a library in the house, though my parents didn't catalog theirs.

Update 2007: I have started to add my book catalog to my on-Line account. I am adding them a letter at a time (author's last name). I am up to "P" as of the end of July. I still add the new books I buy, but am working my way slowly through my older books.

Update: 2008: Still adding the old books. So far I am up to the letter "T", so I should finish soon if keep at it, and don't have anymore printer/internet problems. Now if only they would fit in my house as easily as they fit on these pages :)

Update April 2008: I have finally uploaded all the books in my library (except for my un-cataloged box; kept because of my irrational fear that something bad will happen if I am ever completely done.)

Now I am working on getting everything spiffy. Love the series function. Still not ready to start the tagging project.

Update 2009: While my books have all been on LT since 2008, I only started seriously using all the features in the summer of 2008. Specifically doing reviews, and entering both starting and ending reading dates.

I also forgot to update books that I had read in the early part of the year (2008). Starting in January 2009, I have gone back and marked those 'Read' that I have missed (added Tags, Stars, and Date Ended). I have the date read from my Access Database, though I only record month and year.

LT requires day, so I have arbitrarily picked the first day of the month as the completion date. Obviously I could not have read all the books listed on the same day. So please note that most Ending Dates in 2008 that are the first of the month are simply place holders for completion sometime in the that month.

Update 2010: I am going to try some group reads this year.

Of Course There is Always Room For More ...
Why Can't My Home Have Virtual Shelves ? 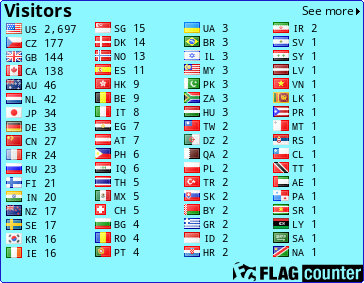 What Type of Reader Are You?
Your Result: The Fantastical Reader
You enjoy reading about adventures and fantasy. Nothing is too unbelievable for you!
Magical creatures and hidden secrets just make a plot even more compelling.

In which Game of Thrones house do you belong? Your Result: You belong in HOUSE STARK - Winter is Coming

House Stark is the most influential and notable power in the North. From their stronghold at Winterfell, the Starks guard the old ways against the dishonourable and fractious houses of the Seven Kingdoms. Their devotion to honour and the old gods wins them few friends in the court of King’s Landing and beyond, but this very same dedication to tradition commands respect from the lords of the North. Those Northmen who bend the knee to Eddard Stark have been hard won with respect, devotion, and justice. His sons show signs that they too will be well-respected and beloved leaders in the North upon ascending to the lordship of this enduring and storied house.

In which Game of Thrones house do you belong?
Quiz Created on GoToQuiz