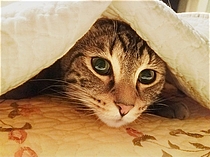 About meMy passions are traveling, food (http://www.lthforum.com), photography, foreign films, used-book shopping, music (especially classical and gypsy music from Hungary and Romania) and, of course, reading (http://worldliteratureforum.com). If I’m not actively engaged in one of the above, I’m probably sleeping.

Finally, there are too many book cartons still not unpacked from our move (it has only been nine years). Otherwise, I believe (hope) that most of the rest of the world is catalogued.

from BY THE PEN
(جلالآلاحمد [Jalâl âl-e Ahmad], 1923-1969)
"...All the letters in the world number thirty-two, from alef to yeh, from beginning to end.... From the words of God...to all that has been said by the philosophers, to the words with which the poets have filled their texts, even to that which you students read and I have have written in my lifetime...all the sayings and speeches of the world are made up of these thirty-two letters.... Whatever curses or profanity there are, or sacred utterings, even the grand secret name of God...are all written with these thirty-two letters.... Do not be blinded by this little bit of knowledge and deny the truth. Remember, too, that these thirty-two letters are also tools for the devil's work. The death sentences of the innocent and guilty alike are written with these very letters. Since this is the way things are, heaven forbid that your pen ever write unjustly or that these letters in your hands or on paper ever become a tool for the devil's work."

from TALES OF THE SOUTH PACIFIC
(James Michener, 1907-1997)
"They will live a long time, these men of the South Pacific. They had an American quality. They, like their victories, will be remembered as long as our generation lives. After that, like the men of the Confederacy, they will become strangers. Longer and longer shadows will obscure them, until their Guadalcanal sounds distant on the ear like Shiloh and Valley Forge."

from NARCISSUS AND GOLDMUND
(Hermann Hesse, 1877-1962)
“I believe that the petal of a flower or a tiny worm on the path says far more, contains far more, than all the books in the library. One cannot say very much with mere letters and words. Sometimes I’ll be writing a Greek letter, a theta or an omega, and tilt my pen just the slightest bit; suddenly the letter has a tail and becomes a fish; in a second it evokes all the streams and rivers of the world, all that is cool and humid, Homer’s sea and the water on which Saint Peter wandered; or it becomes a bird; flaps its tail, shakes out its feathers, puffs itself up, laughs, flies away. You probably don’t appreciate letters like that very much, do you...? But I say: with them God wrote the world.”

About my libraryI have always enjoyed reading fiction, especially fiction by authors outside the USA. I read American fiction too, occasionally, but much prefer non-U.S. authors because I learn more that way--probably also why I love traveling so much.

This little map covers the homes (sometimes the birthplaces) of the authors represented in my library. No goals--but I do hope to expand it a bit more.

In some cases, I've read (or worse, only found) one or two authors from the countries represented are available in English. It's a pity because reading authors whose time, place, and situation are different from mine is one way to learn about the world--and myself.

I also enjoy a wide variety of non-fiction and drama as well and have a passion for poetry. When we moved (about 8 years ago now), it was to a smaller place and I have found that in addition to the limitations of space, I am beginning to run up against Time as well. It's simply not possible to read it all in the amount of time the actuaries tell me I probably have left (though I hasten to point out we are still talking a couple decades if I'm lucky). So I've starting donating whole portions of my collections; the current dilemma is figuring out worthy "destinations" for the art books, cookbooks, poetry, etc. etc. There just isn't space!