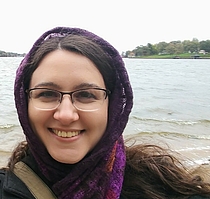 About meI'm an electronic resources librarian at a university library in the Chicago suburbs. Prior to starting in late 2018, I worked at several nearby public and academic libraries over the last decade, much of the time while also teaching English and history part-time.

I share my flat with three cats, which accentuates the stereotype of the bespectacled, cat-loving, spinsterish librarian. Alas, Tara and Ralph really don't get on with each other, so both are featured separately (as kittens) among my profile pictures. Among those are also pictures of Tim and Bester, their two feline companions who passed in 2016 and are much missed. Zuki is an older family cat who recently moved in with me, and a photo will be forthcoming.

About my libraryMost of my physical books (those under the "Your Library" collection) were found at resale shops, library sales, and used book stores. I preorder the new releases of a handful of authors, though. I've also started picking up more e-books and audiobooks, but those are currently added only as I read them and are placed in separate collections, as are borrowed items. My use of tags and collections is mostly self-explanatory, if intermittently applied.

As far as physical storage, my books are (mostly) on shelves all around my flat. Much as I like being surrounded by lovely volumes, I hope to reduce my physical inventory to under 2,000 books before my next move in a couple years. To accomplish this, I intend to do an inventory before then end of 2020, which ought to include cataloging the strays acquired in recent years as well as weeding.

To explain the large number and odd mixture of favorite authors, I was initially adding just about everyone whose books I enjoyed and had read several of. I've not updated the list much since 2014, so it's not all-inclusive or especially representative.

Challenges:
I'm casually participating in the LT category challenge in 2020 and am also trying out a few "at-home" challenges in a spreadsheet.

Currently readingThe way we live now by Anthony Trollope
The New Testament : a translation by David Bentley Hart
The once and future king by T. H. White