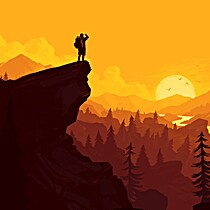 About me- "One more beer and heavy metal, and I'm just fine" (Manowar, Return of the Warlord)
- "He never went out without a book under his arm, and he often came back with two" (Victor Hugo, Les Misérables)
- "We are always the same age inside" (Gertrude Stein)
- "If you only read the books that everyone else is reading, you can only think what everyone else is thinking" (Haruki Murakami, Norwegian Wood)
- "Be yourself; everyone else is already taken" (Oscar Wilde)
- "So many books, so little time" (Frank Zappa)
- "Without music, life would be a mistake" (Friedrich Nietzsche, Twilight of the Idols)
- "We learn from failure, not from success" (Bram Stoker, Dracula)

¿And you call yourself writer? I hate this book and its author.

A waste of time, money, and space, despite I managed to finish it.

Mostly not for me, but maybe there are people who will like it (or maybe not).

A good book. I like it but something lacks in it.

A very good book, I really enjoyed it.

An incredible piece of art I recommend to anyone.

A book that strongly touched my heart, it is part of my life now. One day I will surely read it again.

¡¡Best book ever!! I will reread it many times until my death.