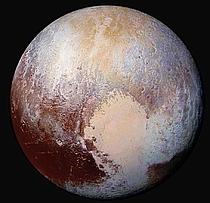 About meI have been gathering books since I was a little kid. I even went so far as to hide a bookcase in my closet, behind clothes, after my dad said, 'No more bookcases!' He eventually found it. Fortunately, I have a very understanding wife. This has allowed my library to grow with no end in sight. Create Your Own Visited Countries MapPlaces I've connected with people via Librarything.

About my libraryIn history I tend to focus on 20th century conflict - WW 2, Cold War, Vietnam War, wars of liberation. Within this group my collection on the Vietnam War is the largest in my library. All the items I have listed are physical objects.

IMHO everyone should read these books.

The Fate of Africa: From the Hopes of Freedom to the Heart of Despair - Meredith, Martin

The Ends of the Earth: A Journey at the Dawn of the Twenty-first Century - Kaplan, Robert D.

Under the Loving Care of the Fatherly Leader: North Korea and the Kim Dynasty - Martin, Bradley K.

The Cold War: A World History by Westad, Odd Arne

LocationDark Side of the Moon