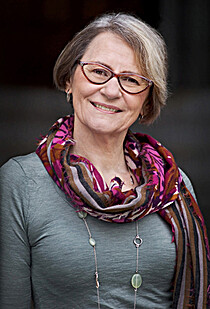 About meMy second novel, Muse (http://www.librarything.com/work/13599700), was published by Doubleday Canada in 2013. Emanuele Sana won a best director award for his snazzy YouTube trailer (http://www.youtube.com/watch?v=QdmSJmraBic) for the Italian translation, L'amante del papa. Muse will also be published in a French translation.

Set in 14th-century Avignon, Muse is the first person story of Solange Le Blanc, who became entangled in a love triangle with Petrarch and Laura, and later caught the eye of Pope Clement VI. This period was called the Babylonian Captivity, because the popes lived in Avignon instead of in Rome.

My first novel, Conceit (http://www.librarything.com/work/3398865), was published by Doubleday Canada in 2007 and is available in the US at amazon.com, ISBN-13: 978-0385662062 Conceit is about the daughter of the English poet, John Donne. I was inspired to write Conceit when I visited St. Paul's Cathedral in London and discovered that John Donne's effigy was the only one that survived the Great Fire of 1666. Thanks to the many Library Thing members who have given Conceit enthusiastic reviews here: http://www.librarything.com/work/3398865/reviews/37520818 As well as being nominated for the Giller prize and winning the Ethel Wilson prize, Conceit was named a Book of the Year by The Globe and Mail and Quill & Quire, and Canada Reads named it one of The Top 40 Essential Canadian Novels of the Decade.

There are book club guides, a blog and a lot more info on both novels at my website, http://www.marynovik.com. Also backstories for Muse and Conceit, highlights from reviews, links to articles and interviews, and a biography. If you get a chance to read Muse or Conceit, I'd love to hear what you think of them. You can post your thoughts on Librarything, or get in touch with me via the Contact page on my website, http://www.marynovik.com/mary I am also active at Facebook and Goodreads as Mary Novik, and on Twitter as MaryNovik2, if you feel like chatting there.