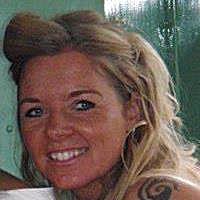 About meI was born and raised in The Netherlands, have travelled and lived in Norway, Wales, Ireland and currently residing in the UK with my partner, two small children, two dogs who have a love and hate relationship and a cat called Mathilda. Full time changer of nappies, entertainer and feeder of mouths by day, author by night.

What I love to read in a book is character development and their changes. In Fantasy to me that is not too much world-building and not too many plots and characters. Main protagonists should be strong and likeable with good dialogue and well explored. It should have a good plot and trigger to make me think. I also try to steer away from reading main stream Fantasy which has elves, dwarfs and trolls; the usual sword and sorecery, but enjoy reading novels with unique species. Not keen on urban fantasy though or dark or horror and vampires best stay away from me! If I can't find a good fantasy, I tend to write it myself! And let my readers be the judge of that (-:

About my library'The Queen's Curse' was launched on Amazon Kindle on the first of May 2013 and my second book 'Call Off The Search' has been published in December 2013.

'The Queen's Curse' has been in the making some twenty years now, so basically whilst I myself was struggling with a lot of things that happened in society affecting me as a very sensitive person such as justice and injustice, what it's like being powerless, freedom or the loss of it and of course my coming out and experiencing romance. Waking one morning with one line in my head, I started to build the story around it. The characters are all based upon different aspects of me, so it came natural to write and the story soon came to life. Although originally written in Dutch, once moved to the UK and mainly reading in English, it became clear it had to be translated to English and it had to be good enough to be able to reach a very competitive market. Hence the twenty years!

I like to think it a original heroic spiritual Fantasy with a lesbian sub-theme, because I don't want to be labelled as a lesbian writer or this a lesbian novel. The main theme is not about lesbians; the two main characters just happen to be just that. It makes it even harder for them to live their lives with the curse around, so the story becomes more interesting. I wanted to steer away from the cliches so often found in main stream Fantasy. Reaching out to a broad audience I hope that both male and female, straight and gay can relate to this story as it has many interesting elements such as: justice/injustice, power/control, romance, freedom,adventure, magic, immortality, intrigue, soul searching, love, life, loss and near death experience.