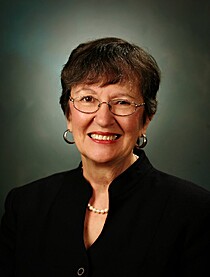 About meFrom her roots in rural Indiana, Donnita Lamb Rogers grew into a teacher, traveler and author. A lifelong passion for learning was fueled by her education at Earlham, a Quaker college, and the University of Minnesota, culminating in a PhD in English Literature. She adopted four children before beginning her teaching career in Texas, which included work at the University of Houston, Lone Star College and Kingwood High School, where she used drama and extensive student involvement to bring literature to life.
After retirement in 2001 she traveled the world, and then began to research and write Faces in the Fire, a novel inspired by her teaching of the Old English epic, Beowulf. Five years were spent studying materials on Viking Age culture; a trip to Scandinavia offered such "on-site" experiences as crewing on a Viking ship replica in Denmark and climbing funeral mounds in Sweden, all to discover what life might have been like for women in sixth-century Scandinavia.
She and her partner Don currently divide their time among a river home in Texas, a farmhouse in Minnesota, and an island cabin in Lake of the Woods, Ontario, Canada.