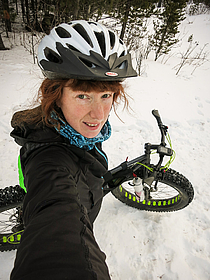 About meI'm an Australian living in the Canadian Rockies. Most of my time is spent mountain biking, cross-country skiing, trail running, rock climbing, sewing/knitting, doing housework, and running around after my son (when I'm not actually at work) - as a result, most of my reading is by audiobook these days, as I rarely seem to have time to curl up with a proper paper book.

Favorite lists1001 Books You Must Read Before You Die, Booker Prize, Classics you know you should have read but probably haven't

Currently readingThe Cut Out Girl: A Story of War and Family, Lost and Found by Bart van Es