Literary Tourism and the British Isles: History, Imagination, and the Politics of Place by LuAnn McCracken Fletcher

Anatomies of Revolution by George Lawson

Not Working: Where Have All the Good Jobs Gone? by David G. Blanchflower

Dragonflies in the Cowburbs by Donelle Dreese

The Secret History in Literature, 1660-1820 by Rebecca Bullard

Loading may take as much as a minute if it hasn't been updated recently. 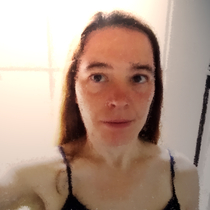 About meDr. Anna Faktorovich is the Director and Founder of the Anaphora Literary Press. She taught college English for over four years at the University of Texas Rio Grande Valley, Edinboro University of Pennsylvania and Middle Georgia State College. She has a Ph.D. in English Literature and Criticism. She published two academic books with McFarland: Rebellion as Genre in the Novels of Scott, Dickens and Stevenson (2013) and The Formulas of Popular Fiction: Elements of Fantasy, Science Fiction, Romance, Religious and Mystery Novels (2014). She published two poetry collections Improvisational Arguments (Fomite Press, 2011) and Battle for Athens (Anaphora, 2012). She published two fantasy novellas with Grim’s Labyrinth Publishing: The Great Love of Queen Margaret, the Vampire (2014) and The Campaigns against the Olden: Kingdoms of Laruta (2014). She has been editing and writing for the independent, tri-annual Pennsylvania Literary Journal since 2009, and started the second Anaphora periodical, Cinematic Codes Review in 2016. She has presented her research at the MLA, SAMLA, EAPSU, SWWC, BWWC and many other conferences. She won the MLA Bibliography, Kentucky Historical Society and Brown University Military Collection fellowships.

About my librarySince I have settled into a permanent home in Quanah, TX, I have started replenishing my library with review copies sent to me by publishers to review them in my Pennsylvania Literary Journal.