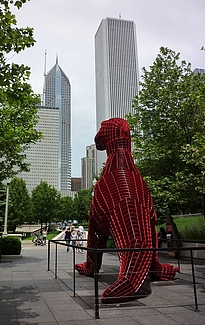 TRAVEL: Here's a map of where I've been. Doesn't even begin to cover where I want to go...:

MUSIC: All shapes and sizes. I try to be open minded, but I don't think I'm ever going to get the Bob Dylan thing. Or Coldplay (*shudder*). I did try to keep track of my gig going on lastfm, but it petered out. One day I'll start commenting on that too. Maybe.

About my libraryStill not finished uploading all my books (not aided by the fact that I seem incapable of reducing my book buying habits, despite the massive unread pile I own), but getting there (very) slowly...

I'm mostly dormant on LibraryThing these days (keeping up in the 75 challenge group started to stress me out - and after all, this is supposed to be for fun!), but I do still drop by every now and then.

I have an account for my kindle books, to keep things separate and as there'll probably be a fair bit of overlap (particularly of the free classics!) - it's actually more up to date library-wise than this.

I was a member of the 75 challenge group for quite a while (and still check in every now and then) - my threads are here:

Diana Wynne Jones, my favourite childhood author (and still in my top five) sadly died in early 2011. In her honour (and because I wanted to anyway), I re-read all her fiction in publication order. I have a thread for this here. I stopped updating part way through, but I intend to come back to finish up one day (honest!)

I'm keeping track of my niece's library (principally so I don't give her the same books twice), here: http://www.librarything.com/profile/librapea

Favourite new reads of 2012:
The Song of Achilles - Madeleine Miller
Everything Begins & Ends at The Kentucky Club - Benjamin Alire Sáenz
The Hunger Games - Suzanne Collins
Under the Frog - Tibor Fischer
A Short History of Tractors in Ukrainian - Marina Lewycka Create your own visitor map!
.
.

Currently readingWuthering Heights by Emily Bronte
Diaries: Volume 1, 1939-1960 (Diaries) by Christopher Isherwood
The stranger by Albert Camus
Wuthering Heights by Emily Bronte
The Bone People by Keri Hulme
The Outsider by Albert Camus
Grow Your Own Veg (Rhs) by Carol Klein
Travel Through Cambridge: City of Beauty, Reformation and Pioneering Research (Day One Travel Guides) by David Berkley
The Turn of the Screw by Henry James
Must Love Hellhounds: Four Tales of Devilish Dogs by Charlaine Harris
Kean by Jean-Paul Sartre
Necropsy In E Minor: A Novel by Alan Ramón Clinton
Jeremy Deller: Life is to Blame for Everything by Jeremy Deller
What Matters in Jane Austen? by John Mullan
Popular Music by Mikael Niemi