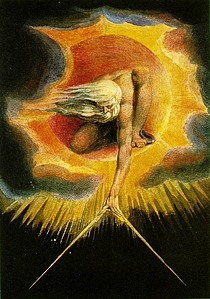 The catalog: Not one Member’s, but a family’s, including ancestors. Never disciplined or limited to specific topics, with some diversions. Hence, the amalgamated cookbooks, Batman comic collections, political theory, YA fantasy fiction, Western European languages and history, cozies, historic fiction, Gothic horrors, suspense / spy thrillers, and postmodern literature each have a place. In a sense, the books have gathered to collect themselves; we’re “just bookkeepers.” Many kids’ and YA titles are left from successive childhoods, or came (with renewed fascination) as kids respectively reached appropriate ages. It could get tricky if somebody moves out and wants to take “his” or “her” books with them.

The result? All over the place on breadth and depth, with widely variable results. Mostly looking for two things in any given book: (1) is it “really good” (a subjective standard, if there ever was one); or (2) does it look “interesting” (certainly no more precise). Often disappointed on the latter measure, but there are still plenty of “interesting” books we may never live to find out are also “really good.”

Currently readingThe Holy Bible, Containing the Old and New Testaments: Authorized Version (The Scofield Reference Bible) by (none stated)
A Plan for Improving Female Education, and Mrs. Emma Willard's Life and Work in Middlebury by Emma Willard
The Wizard of Oz by L. Frank Baum
Set This House on Fire by William Styron
Peace of Mind by Joshua Loth Liebman
Centennial by James A. Michener
Continent by Jim Crace
Continent by Jim Crace
Atlanta Street Scenes: Best of 10,000! by Hugh Park
Will of God as a Way of Life: How to Make Every Decision with Peace and Confidence, The by Jerry Sittser
Allure of the Automobile: Driving in Style, 1930-1965, The by Ken Gross
Thoughts Without Cigarettes: A Memoir by Oscar Hijuelos
Bluebeard’s Chamber: Guilt and Confession in Thomas Mann by Michael Maar
Captain’s Daughter and Other Stories (The Captain’s Daughter; The Tales of Belkin; The Queen of Spades; Kirdjali; The Negro of Peter the Great), The by Alexander Pushkin
Manhunt : the twelve-day chase for Lincoln's killer by James L. Swanson
What-the-Dickens : the story of a rogue tooth fairy by Gregory Maguire
Backward Ran Sentences: The Best of Wolcott Gibbs from The New Yorker by Wolcott Gibbs
Here Is a Human Being: At the Dawn of Personal Genomics by Misha Angrist
The Lives of Norman Mailer: A Biography by Carl Rollyson
Ingenious Hidalgo Don Quixote de la Mancha, The by Miguel de Cervantes Saavedra
Experiencing Grief by Kenneth C. Haugk
Stories: Five Years of Original Fiction on tor.com, The by Editors of tor.com
Guy Noir and the straight skinny by Garrison Keillor
Nitt-Witt Ridge: A Big Sur Freak Fable by Derek Swannson
Stages of Faith: The Psychology of Human Development and the Quest for Meaning by James W. Fowler
Fresh Air: The Holy Spirit for an Inspired Life by Jack Levison
The Phantom of the Opera by Gaston Leroux
Figuring by Maria Popova
Williwaw by Gore Vidal
The Blue Fairy Book by Andrew Lang
Big Dark Hole: and Other Stories by Jeffrey Ford
show all (31)