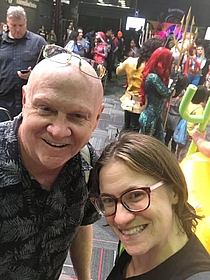 News of the World by Paulette Jiles

Why Buddhism is True by Robert Wright

The Hate U Give by Angie Thomas

The Stone Sky by N.K. Jemison (conclusion of a trilogy)

My Favorite Thing is Monsters by Emil Ferris

Honorable mention: A Whole Life by Robert Seethaler (hard to leave this out of the top 5)

Dark Matter by Blake Crouch
The Fifth Season by N.K. Jemison
The Aeronaut's Windlass by Jim Butcher
Binti by Nnedi Okorafor
A Long Way to a Small, Angry Planet and A Closed and Common Orbit by Becky Chambers

Pax by Sara Pennypacker
The War that Saved My Life by Kimberly Brubaker Bradley
Salt to the Sea by Ruta Sepetys
The Poet's Dog by Patricia Maclachlan
Roll of Thunder, Hear My Cry by Mildred D. Taylor

Book of the Year: Being Mortal by Atul Gawande

About my libraryThese are all books I've read and enjoyed. Many books that I've read that are well-regarded but I haven't liked enough are not listed here, like The Sound and the Fury, for example. The idea in my mind is that,if I could have a large house with its own library room with large windows and comfortable chairs and a fireplace, etc., these are the books that I'd like to have surrounding me.