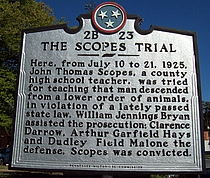 About my libraryEven when reading is impossible, the presence of books acquired produces such an ecstasy that the buying of more books than one can read is nothing less than the soul reaching towards infinity... we cherish books even if unread, their mere presence exudes comfort, their ready access, reassurance.
-- A. E. Newton

One of my favorite authors said in an interview that there is a tendency both to believe and teach in schools and colleges that “enjoyment” is an illiterate reaction; that if you are a serious reader, you should take the construction to pieces; find and analyse sources, dissect it into symbols, and debase it into allegory. He added: “It seems to me comparable to a man who having eaten anything, from a salad to a complete and well-planned dinner, uses an emetic, and sends the results for chemical analysis.”

Ratings:
For fiction, I'm trying to use a modified Amazon system.
1) I hate it, 2) I don't like it, 3) It's ok, 4) I like it, 5) I love it. That makes some sense to me. There are books I don't like which I'll concede have literary value, and there are books I love that I wouldn't argue are great literature. Rather than agonize over ratings, I'll go with the "what floats (or sinks) my boat" rule. For non-fiction, however, the question is often whether the book served the purpose for which I read it.

Dates read, where entered, are mostly guesses. The year is probably correct (even penciled in to some books), the month may be. Who cares about the exact day, unless it was a momentous one? (Portentous voice: "What were YOU reading on Nov 22, 1963?" Me: "Er, I was reading my algebra text.")