"We should not let our own ignorance victimize the tremendous intelligence of Shakespeare." (p. 208)

"Shakespeare possesses the sharpest possible eye for the human tendency to arbitrary scapegoating and the manner in which the dissolving of significance in mimetic violence destroys everything in its wake." (p. 209)
—René Girard, A Theatre of Envy: William Shakespeare, (Gracewing-Inigo, U.K. publications, (2000) ; Oxford University Press (1991))

Achilles:
What? — Are my deedes forgot?

Ulisses:
Time hath (my Lord) a wallet at his backe,
Wherein he puts almes for obliuion:
A great siz'd monster of ingratitudes:
Those scraps are good deedes past,
Which are deuour'd as fast as they are made,
Forgot as soone as done:
(Troilus and Cressida, (III, iii, lines.1997-2003)


“Censorship is a form of repression.”

“...how it actually operated, what the rationale behind it was, and how it related to the wider structures of society...only when we take all these matters into account can we make a realistic assessment of the relevance of the subject to our own condition, which is the proper, indeed unavoidable, duty of all scholarship.”

"The greatest scientific discovery was the discovery of ignorance. Once humans realised how little they knew about the world, they suddenly had a very good reason to seek new knowledge." -- Yuval Noah Harari,(2016) Homo Deus

"And as always with important history, one learns much from it about one's own time and circumstances." -- A.C. Grayling, (2016) The Age of Genius: The Seventeenth-century and the Birth of the Modern Mind

"As you are aware, the Council of Trent forbids the interpretation of the Scriptures in a way contrary to the common opinion of the holy Fathers. Now, if your Reverence will read not merely the Fathers, but modern commentators on Genesis, the Psalms, Ecclesiastes, and Joshua, you will discover that all agree in interpreting them literally as teaching that the Sun is in the heavens and revolves round the Earth with immense speed, and that the Earth is very distant from the heavens, at the centre of the universe, and motionless. Consider, then, in your prudence, whether the Church can tolerate that the scriptures should be interpreted in a manner contrary to that of the holy Fathers and of all modern commentators, both Latin and Greek." --Cardinal Bellarmino, in a letter to Paolo Antonio Foscarini, (April 12, 1615)

"While trying to cover this unfamiliar ground I discovered (as all neophytes do) that what seemed relatively simple on first glance became increasingly complex on examination and that new areas of ignorance opened up much faster than old ones could be closed." —— Elizabeth Eisenstein, from the Preface to The Printing Press As an Agent of Change (14th printing, Cambridge University Press, 2009.)

"I have had nothing positive to say about popular culture, and nothing positive to say about the cultural establishment. My conclusions, however, are not so grim as (Oswald) Spengler's. We have entered, as I see it, a spiritual limbo. Our educational institutions are no longer bearers of high culture and public life has been deliberately moronised. But here and there, sheltered from the noise and glare of the media, the old spiritual forces are at work. Popular culture contains pockets of gentleness and melody. Architects, writers and composers produce works which are neither kitsch nor 'kitsch.' Prayer and penitence have been interrupted, but not forgotten. To those who wish for it, the ethical life may still be retrieved. Ours is a catacomb culture, a flame kept alive by undaunted monks. And what the monks of Europe achieved in a former dark age, they might achieve again." -- Roger Scruton, An Intelligent Person's Guide to Modern Culture (1998/2000) 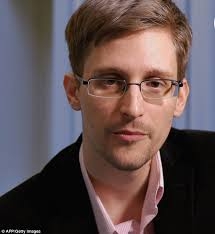 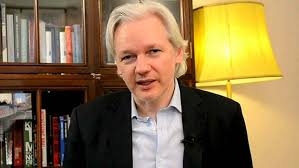 Chelsea Manning.
(( CC BY-SA 4.0) This image contains persons who may have rights that legally restrict certain re-uses of the image without consent. This work is free and may be used by anyone for any purpose. If you wish to use this content, you do not need to request permission as long as you follow any licensing requirements mentioned on this page.
Wikimedia has received an e-mail confirming that the copyright holder has approved publication under the terms mentioned on this page. This correspondence has been reviewed by an OTRS member and stored in our permission archive.)

GroupsAncient and Medieval Manuscripts, Audiophiles, Brits, Current Events, Edward De Vere and The Shakespeare Authorship Mystery, En français, Francophiles, History: On learning from and writing history, Independent Scholarship and Research, like it or hate it —show all groups, Medieval Europe, Pro and Con, Social and Literary criticism in our times, The Globe, The Group of Self-avowed and paradoxical bigotry(!*)

Currently readingBehemoth: The Structure and Practice of National Socialism, 1933-1944 by Franz L. Neumann
A Shakespeare Bibliography by Walter Ebisch, Schucking, Levin L.
The Printing and Proof Reading of the First Folio of Shakespeare (Two volume set) by Charlton Hinman
The Reign of Elizabeth I: Court and Culture in the Last Decade by John Guy
Patronage in the Renaissance by Guy Fitch Lytle
Shakespeare's Patron: William Herbert, Third Earl of Pembroke, 1580 - 1630: Politics, Patronage and Power by Brian O'Farrell
La Violence et la sacré by René Girard
Shakespeare Revealed in Oxford's Letters : The Pre-Armada Letters, 1563-1585, and The Post-Armada Letters, 1590-1603, of Edward de Vere, Seventeenth Earl of Oxford by William Plumer Fowler
Shakespeare's Rise to Cultural Prominence: Politics, Print and Alteration, 1642-1700 by Emma Depledge
Pseudonymous Shakespeare : rioting language in the Sidney circle by Penny McCarthy
Shakespeare and theatrical patronage in early Modern England by Paul Whitfield White
Forgetful muses : reading the author in the text by Ian Lancashire
Literary patronage in the English Renaissance : the Pembroke family by Michael G. Brennan
The Ashgate research companion to the Sidneys, 1500-1700 Volume 1 by Margaret P. Hannay
The Ashgate research companion to the Sidneys, 1500-1700 Volume 2 by Margaret P. Hannay
The Madness of Crowds: Gender, Race and Identity by Douglas Murray
Shakespeares speache: echoes of Elizabethan and Stuart pronunciation by H. C. Manning
Shakespeare's works and Elizabethan pronunciation by Fausto Cercignani
Sadomasochism in everyday life : the dynamics of power and powerlessness by Lynn S. Chancer
The causes of world war three by C. Wright Mills
"A Critical Edition of Menaphon by Robert Greene with the Preface by Thomas Nashe" (Ph. D. thesis) by Ardelle Cowie
Memoirs of extraordinary popular delusions and the madness of crowds / illustrated withnumerous engravings by Charles Mackay