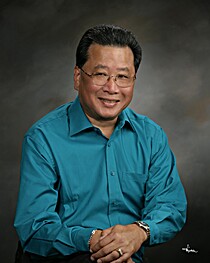 About meBorn in Los Angeles, California on April 11th, 1951, Lloyd Kaneko has traveled throughout the continental United States as well as internationally to Japan, France, Spain, Holland and Algeria. Mr. Kaneko has a B.A. degree in Creative Writing from California State University, Long Beach and a Masters in Training and Human Resources Development.

Throughout his professional career, Lloyd has served as columnist for Drum Corps Digest in 1973, and became senior staff writer form Drum Corps News of Boston, Massachusetts.

As a member of the Los Angeles Chapter of the American Society for Training and Development, he has served as Editor of the L.A. Interchange Newsletter.
While at Cal State, Lloyd also attended classes sponsored by the Writers Guild of America, West. He is also a current member of the Alameda Writers Group and has authored a science fiction novel, Kami Jin.

Lloyd is an active baritone with the masterworks Chorale Bel Canto of Whittier, CA and also actively sings in the church choir at First Friends Church in Whittier, California and is a member of Chorus America and the International Federation of Choral Music.

Lloyd is married to wife Marie and has one daughter, Laura. As resident of Whittier, California, Lloyd also serves as Personnel Board Member for the City of Whittier.