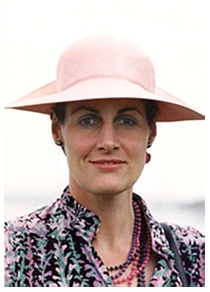 About meI'd describe myself as a lifelong lurker and fact magpie, and I write mostly for Dorchester Publishing, but I do have an e-book out with New Concepts Publishing.

My first book was FORCED MATE. MATING NET is the short ebook, and the full length sequel to FORCED MATE comes out in January 2007 and is called INSUFFICIENT MATING MATERIAL.

My experiences of being "alien" began during my youth when we moved to
the tiny British island of Guernsey: a mystical, idyllic setting with
its prehistoric earth-goddess, historic Martello towers, underground
gun emplacements, and legends of faery men emerging from a cleft in the
Hommet Headland to mate with human women.

Owing to the fairy heritage (or not) the island girls and boys were a
lot shorter than I was, so I was always the male lead or a supporting
male character in school plays, the male dance partner in dancing
lessons, and at mixed sex discos I was a wall flower because I didn't
enjoy bopping with my partner's nose on a level with my bosom.

Until my marriage, I lived in various parts of the British Isles including Warwickshire, Guernsey, Cambridge, Dorset, London, and a quaint little village just outside Luton.

Shortly before our marriage, my husband was transferred to Germany, where we stayed for eight years... in Koenigstein, then Bad Soden, and finally Moerfelden. I loved Moerfelden. It was a tiny industrial suburb where the locals made special arrangements to keep frogs safe during their breeding season migrations across a local road!

Now I live by a lake in Michigan and seldom see frogs. One morning a week during term time I teach chess to gifted seven year old children. Other mornings, I write.

My life so far has been fantastic inspiration for romance novel scenes
and alien-world building, and has afforded me plenty of opportunities
to observe aristocrats, political leaders, celebrities, and business
leaders in their unnaturally glamorous settings.

In many romance novels, the hero's alpha male perspective changes for the better as a result of --or while--making love to the heroine. I like this paradigm shift to occur during during a game of chess. My arrogant alien hero discovers that he has met his mate in the heroine when she beats him at a war game.

Perhaps the most useful feature on my website www.rowenacherry.com is the interactive family tree. Visitors can click on any of my titles and the names of the major characters will be highlighted.

The other interactive page has some jigsaw puzzles of consenting cover models at www.rowenacherry.com/puzzle

Thank you for your interest!

Heroines get more hero than they bargain for....

About my libraryI was chatting on an Amazon Romance discussion thread, and a reader asked me why there is no unbiased information about what FORCED MATE is about.

In a small, but not unbiased, way, I'd like to rectify the omission.

FORCED MATE is a chess term (all my titles are chess terms). Basically, the Black King and the White King race to make a pawn their Queen. It seemed a great metaphor for a romance where two powerful world leaders want the same girl.

Persephone is abducted (from Earth) by Hades (dark god of the Underworld) ... and kicks his butt.

My heroine, Djinni-vera (Jinny) Persephone, is psychic and a mind reader, and an intergalactic warrior in training who is being kept hidden on Earth until the time is right for her to marry her betrothed, the White "King".

The "Black" King (I am using my inverted commas deliberately) sees a picture of the heroine, and decides --much as Hades did-- that he has to have her. He also wants to make her happy --in some versions of the myth, Hades also was willing to go to great lengths to please Persephone and he turned his underworld into a dark version of Earth for her, but with a double bed.

Since the "Black" King has never had to woo a woman to get her into his bed before, he's a bit out of his depth. He consults unreliable sources, such as old, pirated James Bond movies, and Romance novels, and an embittered English mercenary, and tries almost every stock "Romance" situation, and is astonished and baffled --and annoyed-- when his romance is not an instant, outrageous success.

Of course, the White "King" does not take the abduction of the perfect pawn Princess like a gentleman and a sportsman. He objects. He wants her back. He does not give up gracefully.

This is a complex romance with many levels and layers. It's full of puns, miniature spoofs, good jokes (and bad jokes!), bathroom humour (I-tell-your-alcohol level toilets), political intrigue, one explicit consensual sex (think of England) scene, and a whole starshipload of interesting characters with their own ideas of what is really important and whose side they are on.

For me, it was the book of my heart.