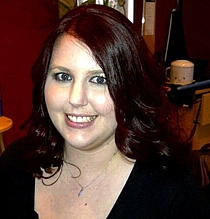 About meParalegal by day. Reader by night. Opinionated always.

I am the proud human of a pretty black kitty named Stella. I also occasionally moonlight as entertainment for a rambunctious border collie, Riley.

About my libraryMy library is a hodge-podge of books that I've been assigned for school over the years, books that I am personally choosing to read, and some that I read as an escape from the assigned books I preferred not to read. My tastes as a reader have changed over the years, but I am always looking for stories, characters and language that will captivate and entice me.

This list also includes books that I have checked out from the library, but don't technically own. If nothing else, it's a way to keep track of what I have or have not read.

I've got a book blog, where I used to review all of the books I read (or tried to, at least). You can find it at Reading and Ruminations. I occasionally pop back in there, usually around the times of Dewey's 24 Hour Read-a-thon. Currently readingThe Inheritance of Rome: A History of Europe from 400 to 1000 by Chris Wickham