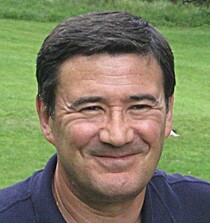 About meS. R. Piccoli (the initials stand for Samuel Robert), aka Rob, was born the 13th November, 1950 on the Island of Maddalena—one of the most beautiful islands in the Mediterranean—off the northeast coast of Sardinia. But his origins are nuanced. His mother—an American citizen, although her family was originally from Liguria in northwest Italy—was born in Philadelphia, PA, and his father was born near Treviso, in the northeast of Italy.

When he was very young his family moved to Rome, where he first went to school. After attending Classical High School, he studied political science for two years at the University of Rome. He then moved to Treviso, where he eventually settled.

From 1972 to 1975 Rob attended the Ca' Foscari University of Venice, where he graduated with a doctor's degree in philosophy under Professor Emanuele Severino. He also studied English at San Francisco State University in 1980.

Rob has been a High School teacher almost all his working life. Now that he has retired, he can finally spend more time doing what he loves most: writing.

In his Twitter profile he describes himself as “European by birth, American by philosophy,” which after all is quite an accurate description. Perhaps it also supports the adage that brevity is the soul of wit.

He lives in the Venice area with his wife, Clara, his daughter, Benedetta, and their dog, Lady, a golden retriever that swims like a fish and is crazy about tennis balls.