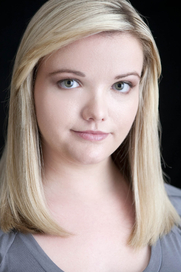 Téa Obreht is the author of the wonderful debut novel The Tiger's Wife (Random House). She was born in the former Yugoslavia in 1985 and lived in Cyprus and Egypt before immigrating to the United States when she was twelve years old. Her short stories have been published in The New Yorker, The Atlantic, Harper's, and elsewhere, and Obreht was named one of the twenty best American fiction writers under forty by The New Yorker. She also appeared on the National Book Foundation's "5 under 35" list in 2010.

Can you tell us a little bit about the inspirations for the themes and characters in The Tiger's Wife?

The Tiger's Wife was born as a workshop story in 2007, and though the story itself failed, many of the themes now present in the novel already existed in that early form: storytelling, loss, the clash between science and superstition. I think something like that tends to happen quite organically, without much planning, and can reflect aspects of the writer’s own life: my own grandfather had recently died, I was questioning the idea of mortality (which gave rise to the deathless man); I was also preoccupied with childhood, my own as well as his (which enriched the tiger sections). At its core, that initial short story was about a young deaf-mute girl who arrives in a snowbound village attempting to retrieve the escaped tiger with whom she used to perform in a circus; somehow, in the evolution from failed story to novel, this narrative became the backbone of the whole project, a chapter of the grandfather’s childhood, and the core around which the later elements of the deathless man and Natalia's bond with her grandfather formed.

How have your own life experiences shaped your choices of style and subject matter in your writing?

I moved from Belgrade to Cyprus and Egypt when I was seven, and my travels definitely affected the kinds of narrative I was exposed to and the way I think about storytelling. When you're surrounded by very vivid and rich history, and come from an oral storytelling culture to begin with, you start to find that a story forms in everything. Your daily route to school becomes an epic journey, full of pitfalls like neighborhood dogs and scraped knees. I think there’s a lot of everyday epics in The Tiger’s Wife; that's certainly something I picked up in childhood.

How long have you known that you wanted to be a writer?

Since I was very little, about eight years old. I wrote a short story about a goat, and announced my intentions to become a writer to my mother, who was as supportive then as she is now. It occurs to me that perhaps that first goat set up the template for the later menagerie that has ended up invading my stories.

What's your writing process like? Do you write longhand, or use a computer? Does it depend on what you're writing?

I haven't written long-hand in years; something about the finality of writing on paper intimidates me. Also, there's the issue of my handwriting. My process is to go on writing binges, most of which last several hours, usually through the night. I’ve tried to change my habit and become a morning writer, but daytime doesn't afford me the same kind of solitude. I often have some form of background noise on—mostly television. I edit a lot while I write; I find it hard to get through a huge chunk of plot if I'm not satisfied on a sentence-by-sentence level. This sometimes leads to my looking up from writing the same sentence over and over and discovering that several hours have gone by.

Is there a particular part of the novel-writing process that you found the most fun or rewarding? Or, on the flip side, was there a part that you really disliked?

In writing short stories, I was accustomed to instant gratification, seeing the whole project from beginning to end, often completed in a single night. It was hard for me to accept the patience required to live with an unfinished novel draft for almost a year. The other side of that—restructuring and editing the novel—was wonderfully satisfying.

What was your first reaction when you found out you'd been named one of The New Yorker's "20 Under 40" writers for 2010? And who did you tell first?

Shock and disbelief, immediately followed by giddiness. This still continues. The whole experience of it has been a truly amazing honor. I was spending the afternoon with my mother when I found out; naturally, she was the first person I told. Her reaction to the news was pretty similar to my own.

If you could give one piece of advice to all the aspiring writers out there (young or otherwise), what would it be?

Treat writing like a job, even if you're only doing it on the side, or sneaking away to write for an hour or two a day. It's very easy to fall out of the daily rhythm of writing, and incredibly difficult to get back to it.

What's on your bookshelves? And what are you reading now?

I know a lot of people who are forced to get rid of books whenever they move. I've moved a lot in my life, but the first thing I pack are the books. As a result, my shelves are filled with twenty-year-old copies of Dick King-Smith's The Hodgeheg and Rudyard Kipling's Just So Stories; an absolutely massive copy of The Complete Works of the Bronte Sisters, which I read as a teenager; first editions of Hemingway that I found in used book barns in upstate New York; glossy hardback versions of The Bridge on the Drina in both Serbian and English. It's a mess, but I've carried my whole literary upbringing with me.

Can you give us a sense of your next book project?

It's another novel. I’d rather not say too much more about it; I've managed to leave a lot of my Balkan superstitions behind, but this one remains steadfast.