William Faulkner and his Literary Kin 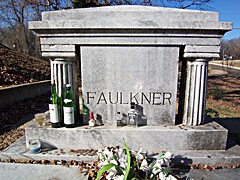 Created as an offshoot of Le Salon Litteraire du Peuple pour le Peuple, this group's current raison d'Ãªtre is the discussion of all things related to William Faulkner---his work, his life, his influence---as well as the multitude of artistic descendants who are often referred to as "Southern Gothic" writers. Let's also include other so-called "regional" authors wherever they may hail from, if something about their style or subject makes us think of Faulkner, because despite being at times monstrously Southern, many of Faulkner's themes are universal.