HomeGroupsTalkExploreZeitgeist
This site uses cookies to deliver our services, improve performance, for analytics, and (if not signed in) for advertising. By using LibraryThing you acknowledge that you have read and understand our Terms of Service and Privacy Policy. Your use of the site and services is subject to these policies and terms.
Andrew_Vachss Profile Books Charts & Graphs Reviews 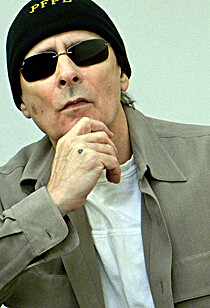 About meAndrew Vachss has been a federal investigator in sexually transmitted diseases, a social-services caseworker, a labor organizer, and has directed a maximum-security prison for “aggressive-violent” youth. Now a lawyer in private practice, he represents children and youths exclusively. He is the author of numerous novels, including the Burke series, two collections of short stories, and a wide variety of other material including song lyrics, graphic novels, essays, and a “children’s book for adults.” His books have been translated into twenty languages, and his work has appeared in Parade, Antaeus, Esquire, Playboy, the New York Times, and many other forums. A native New Yorker, he now divides his time between the city of his birth and the Pacific Northwest.

The dedicated Web site for Vachss and his work is
www.vachss.com. That site and this page are managed by volunteers. To contact Mr. Vachss directly, use the "email us" function of vachss.com.

About my libraryWhen you think about it, the whole idea of "reviewing" books is stupid. There are thousands of books published every month. A select few (and I mean just that ... they are selected) actually get reviewed. And those "reviews" aren't exactly the literary equivalent of Consumer Reports, okay?

For me, it's the same as the difference between music and musicians. Notes are like words: a deck of cards, limited as stand-alones, gaining their power only from how they're played, from their sequence and intensity.

Professional writing (or music, or art, or...) is not the "meritocracy" so beloved of those who believe their opinions should be the shepherd's crook, guiding the flock. That's just one piece of nonsense piled on top of another. And it's a steaming pile, if you get my drift.

The essential conceit is that the sheep will be so in awe of the shepherd's insightful, articulate opinions that they will go where they're herded. Or, that the sheep are too lazy to make up their own minds.

So ... no "reviews" from me. Anyway, if I wrote a mini-essay on each writer, I'd be excluding too many from an already-truncated list. So I'll provide the map; you find the treasure. Anything written by any of the following writers will sing to you, I promise. Sure, not every one of you will bond to all the writers I list. But if you don't find at least a few who will become your lifelong favorites among the following, then one of us is a stone chump.

To make it easy for you to start, I'm listing a representative title for each author. Not necessarily my favorite, but a fair showcase for their work. Try something radical ... be your own reviewer. —