HomeGroupsTalkMoreZeitgeist
This site uses cookies to deliver our services, improve performance, for analytics, and (if not signed in) for advertising. By using LibraryThing you acknowledge that you have read and understand our Terms of Service and Privacy Policy. Your use of the site and services is subject to these policies and terms.
AniseEden Profile Books Charts & Graphs Reviews 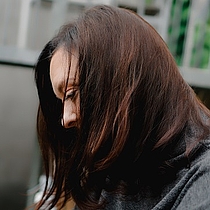 About me﻿Following the advice to “write what you know,” ANISE EDEN authors suspense and paranormal romance novels. Her qualifications include growing up in countryside where rattlesnakes and cougars jumped out of nowhere; living with family members who are a little bit psychic; and having her life saved on more than one occasion by her SEAL Team of guardian angels.

After college, Anise soaked up life in NYC, Washington DC, and points in between. She tried her hand at mucking out stalls, scooping ice cream, and designing billboards before returning to school to become a psychotherapist. Though she left that field after many rewarding years, Anise remains a passionate mental health advocate.

Continuing her real-life adventures, Anise is now exploring life in Ireland with her husband and their small, benevolent canine dictator. While her books have won multiple awards, Anise’s propensity for dropping glass objects while barefoot makes it highly likely that her next win will be a Darwin Award.