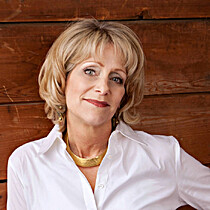 About meHi, I'm Anne Sweazy-Kulju! I author northwestern adventures in historical fiction (and sometimes creepy screenplays with my daughter, just for fun). I have three published works and one work-in-progress: 1) my debut novel, "the thing with feathers," a noir saga, but well received; 2) "BODIE", awarded the silver medal for Original Softcover Fiction at The WILLA Literary Awards in 2014; and, 3) my latest release, "Grog Wars". This book hit the shelves about 7 months ago and has taken gold in the international writing competition held by WritersType.com, in March 2013, has earned three ReadersFavorites Book Review 5-Star Review Medallions, was nominated for the Global eBook Award, earned Literary Classics Seal of Approval, and as of October 1, 2015, is a Finalist for the "Words on Wings" Gold Medal, awarded by Children's Literary Classics, for Young Adult Fiction.

About my libraryI am about midway on the writing of my WIP, the stand-alone sequel to "Grog Wars", so there's not much time for anything but the research (90% read but constantly being reread). I hope to add some favorite fiction shortly, having completed a book a year since my my debut novel released in September of 2012. During that time, I also underwent 5, count 'em, 5, spine surgeries.

But my current manuscript, the sequel to "Grog Wars," constantly beckons me "...write, write, write!" Yep, I just haven't had much time for pleasure reading. But soon...