HomeGroupsTalkMoreZeitgeist
This site uses cookies to deliver our services, improve performance, for analytics, and (if not signed in) for advertising. By using LibraryThing you acknowledge that you have read and understand our Terms of Service and Privacy Policy. Your use of the site and services is subject to these policies and terms.
BJThompson Profile Books Charts & Graphs Reviews 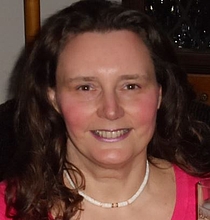 About meBarbara Thompson is a retired public relations liaison and currently a Calgary, Canada-based freelance editor and author of three literary/historical novels; No More Blood - Epilogue to the life of Truman Capote & In Cold Blood, Eighteen Minutes to the Beast - a Nixon Watergate Thriller, and Sessions - Predator vs. Shrink Who will survive?

The overriding theme in Barbara's work concerns the process of death, whether it be death of an historical icon, an idea or an event, her works cover those final moments when ultimate truth plays the only role. Barbara’s preferred way to tell a tale is through the Non-Fiction Novel approach; whereby iconic people and/or milestone moments in the past are tweaked and warped ever so slightly to reveal an answer to a long-held mystery or a societal question, folding in fictional characters and locales to more colour the story and give it a rich feel and vibrant atmosphere, to better weave the fantasy within the reality.

Barbara grew up in the Lake Country District of southern Ontario, Canada. The only child to an RCMP Constable father and Industrial Accountant mother who grew up very Anglo-Saxon, very Northern Irish. Funeral wakes were a large part of Barbara's life, starting at the tender age of three, so death—its meaning and role in life—took centre stage. With Barbara’s B. A. Degree in Language Arts and her subsequent career in Communications, once retired, writing on life's final moments was inevitable.

Barbara has done extensive travelling and now lives to swim, hike and fish in the Rocky Mountains, enjoy friends and family, leads an avant garde writers group likened on the 1920s Montparnasse style, and pen her tales on either side of Cocktail Hour.

Barbara’s upcoming historical epic, entitled AIR, tells of six US Navy sailors in 1941 as they try to hold on to life after the USS Oklahoma capsizes in Pearl Harbor. All six, trapped below the sea, find out there can be far worse things in life than death. AIR is due to be released in late 2019.