HomeGroupsTalkExploreZeitgeist
This site uses cookies to deliver our services, improve performance, for analytics, and (if not signed in) for advertising. By using LibraryThing you acknowledge that you have read and understand our Terms of Service and Privacy Policy. Your use of the site and services is subject to these policies and terms.
ChrisNorbury Profile Books Charts & Graphs Reviews 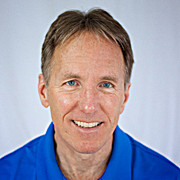 Chris is working on the prequel to "Castle Danger," whose working title is "Straight River." A sequel to "Castle Danger" is in the planning stages. He has also been a freelance writer since 2014. His areas of expertise include finance, investing, economics, politics, golf, wine, and current events.

He is a contributing editor to brokerage-review.com and writes weekly op-ed articles for thinkingoutsidetheboxe.com.

During golf season in Minnesota, Chris works on perfecting his golf game, an impossible dream but also an excellent excuse to get out of the office. He lives in southern Minnesota with his wife and golf clubs.

About my libraryEclectic. Ranges from the classics to a wide range of non-fiction to thrillers, mysteries, suspense, crime, historical fiction, and literary fiction.

I just don't "get" science fiction and fantasy. Too unnecessarily complicated with make-believe worlds, creatures, names, places, magical abilities, and skills. The modern sci-fi and fantasy I've tried seem to lose the story and character interactions deep inside the world building and technology.