HomeGroupsTalkMoreZeitgeist
This site uses cookies to deliver our services, improve performance, for analytics, and (if not signed in) for advertising. By using LibraryThing you acknowledge that you have read and understand our Terms of Service and Privacy Policy. Your use of the site and services is subject to these policies and terms.
DanielJamesBrown Profile Books Charts & Graphs Reviews 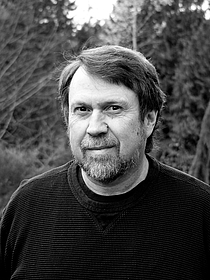 About meI fell in love with the written word when I was five and my mother first read Danny and the Dinosaur to me, a book that I have always believed must have been written especially for me. Since then I have earned a BA in English from the University of California at Berkeley and an MA in English from the University of California at Los Angeles, in both of which places I read many great works, some even rivaling Danny and the Dinosaur. I have taught writing at San Jose State University and Stanford University and worked as a technical editor and instructional designer at Microsoft. I now live in the country east of Redmond, Washington, where I write nonfiction books about compelling historical events.

My newest book, coming soon from Viking Press and other publishers around the world, is THE BOYS IN THE BOAT: NINE AMERICANS AND THEIR EPIC QUEST FOR GOLD AT THE 1936 BERLIN OLYMPICS. It chronicles the extraordinary saga of nine working class boys who stormed the rowing world, transformed the sport, and inspired millions of Americans in the midst of the Great Depression. The Weinstein Company has optioned the rights to the book for a major feature film.