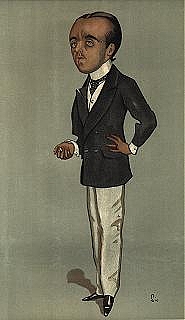 About meEnoch Soames, quintessential Decadent poet of the 1890s and an early Modernist, was born in 1862 in Preston, the son of an unsuccessful bookseller. Few facts of his youth are recorded, but by 1892 he moved to London, speedily entering the circle of writers and artists later associated
with the famous "Yellow Book." Henry Harland and Aubrey Beardsley were among his friends, as were William Rothenstein and Max Beerbohm (author of the main
biographical source, a memoir published in "Seven Men"). A rather "dim" personality, a religious conversion, and a fear of future neglect all led Soames to keep aloof from the major movements of the day and shun social life to concentrate on literature. In the few years remaining to him, he issued three remarkable volumes and kept a detailed diary. "Negations" (1893) was prefaced by the shocking announcement of his belief in "Catholic diabolism."
This was followed, in 1894, by the extraordinary "Fungoids," his magnum opus. Among the contents were "To a Young Woman" and "Nocturne," the author's most revealing and ground-breaking poems. Neither book brought fame or fortune in the climate following the arrest of Oscar Wilde and the dismissal of Beardsley from "The Yellow Book." Enoch Soames mysteriously vanished after a visit to the British Museum Reading Room on 3 June 1897.

About my libraryThe vast majority of my books are Victorian and Edwardian books which I have purchased in the UK. I have just begun the task of cataloging them here. I have started to put up those more modern books which I have collected over time. These cover a range of interests, with a concentration in English novelists and writers.