HomeGroupsTalkExploreZeitgeist
This site uses cookies to deliver our services, improve performance, for analytics, and (if not signed in) for advertising. By using LibraryThing you acknowledge that you have read and understand our Terms of Service and Privacy Policy. Your use of the site and services is subject to these policies and terms.
LamSon Profile Books Charts & Graphs Reviews Gallery 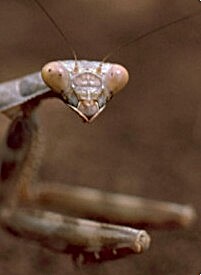 About meI have been gathering books since I was a little kid. I even went so far as to hide a bookcase in my closet, behind clothes, after my dad said, 'No more bookcases!' He eventually found it.

Fortunately, I have a very understanding wife. This has allowed my library to grow with no end in sight.

If you are not reading, you are wasting time.

I used to work for a nationwide chain of used bookstores. I was laid off due to Covid, allegedly. Create Your Own Visited Countries MapPlaces I've connected with people via Librarything.

About my libraryIn history I tend to focus on 20th century conflict - WW 2, Cold War, Vietnam War, wars of liberation. Within this group my collection on the Vietnam War is the largest in my library. All the items I have listed are physical objects.

IMHO everyone should read these books.

The Fate of Africa: From the Hopes of Freedom to the Heart of Despair - Meredith, Martin

The Ends of the Earth: A Journey at the Dawn of the Twenty-first Century - Kaplan, Robert D.

Under the Loving Care of the Fatherly Leader: North Korea and the Kim Dynasty - Martin, Bradley K.

The Cold War: A World History by Westad, Odd Arne

The Silk Roads: A New History of the World by Frankopan, Peter

LocationDark Side of the Moon

Currently readingGalactic North by Alastair Reynolds
The Saudi terror machine : the truth about radical Islam and Saudi Arabia revealed by Pierre Conesa
The Targeter: My Life in the CIA, Hunting Terrorists and Challenging the White House by Nada Bakos
My Ideal Bookshelf by Thessaly La Force