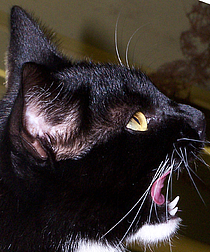 About meI have two different visitors' maps; a third has gone missing. And I have a flag counter. Thank heavens I don't have to trust any of them. Spirit of the Time

Other book sites I should probably keep track of

About my libraryIt is unwieldy. So after making a lot of smoke out of the starting gate, I have slowed way down; perhaps a third of my books are here. None of the books I've had a long time and are upstairs in back will get here for some time. As I get new books, however, I catalogue them immediately.

On line book vendors that I have found useful:

Barny Noble's my default new book source, but they have tried me mercilessly from time to time. Thieves; they are not to be trusted.
Edward R Hamilton for remainders and some new books
AbeBooks for used books; part owner of LibraryThing
Christian Book Distributors for Christian books and some Jewish books
Liberty Fund for solid, historical books on liberty; fulfillment is by the University of Chicago Press, and shipping is steep
Oxford University Press, U.S.A. as a vendor best when there are specials; sometimes difficult web site
The Book Depository to expand the area from which I can obtain books; I am generally impressed by the service.

I am narrowing my posting in 2012. My Club Read thread will list my books read, my books acquired, and what I see on stage and screen (for the most part). I will not be meeting a challenge for the count for the year.

Club Read
What Are You Reading Now
Book Talk

Music Audio or Video Links: some of these are denser than others in the links that they contain.

Note to Myself: Francis Jennings