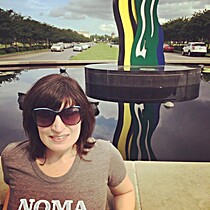 About meAutodescription eludes me. Better then to describe my tastes:

About my libraryThis is a list of books I have loved and books I hope to read. (More of the latter than the former, because I pretty much want to read everything.) My rating system is simple:

If it wowed me from the start, it got five stars. If it wooed me slowly as I read it, it got four. If it won me over with a struggle, it got three. Those I haven't read yet are not rated. (Normally if I don't like a book, I simply don't list it, but since I occasionally read for Early Reviewers/Member Giveaways, there are a few books that must remain in my library even though I don't like them. My apologies to the authors of those books. If you want to write me a bad review in return, feel free. Maybe we can go for coffee afterwards and spend the whole time glaring at each other over our cups. Or we could commiserate, cry on each other's shoulders, and become fast friends. I prefer the latter option, but it's up to you.)