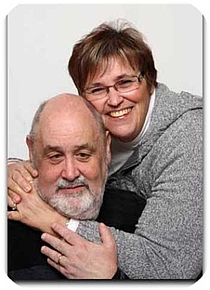 Real Name
Dr. Wesley Britton
About Me
Immerse yourself in an extraordinary universe revealed by the most original storytelling you’ll ever experience. “Science fiction yes, but so much more.”

Besides his 33 years in the classroom, Dr. Wesley Britton considers his Beta-Earth Chronicles the most important work he’s ever done. “I suppose an author profile is intended to be a good little biography,” Britton says, “but the best way to know who I am is to read my novels.”

Still, a few things you might like to know about Wes include the fact he’s the author of four non-fiction books on espionage in the media, most notably The Encyclopedia of TV Spies (2009). Beginning in 1983, he was a widely published poet, article writer for a number of encyclopedias, and was a noted scholar of American literature. Since those days, for sites like BlogCritics.org and BookPleasures.com, Britton wrote over 500 music, book, an movie reviews. For seven years, he was co-host of online radio's Dave White Presents for which he contributed celebrity interviews with musicians, authors, actors, and entertainment insiders.

Starting in fall 2015, his science fiction series, The Beta-Earth Chronicles, debuted with The Blind Alien. Throughout 2016, four sequels followed including The Blood of Balnakin, When War Returns, A Throne for an Alien, and The Third Earth. Return to Alpha will be the sixth volume of this multi-planetary epic.

Britton earned his doctorate in American Literature at the University of North Texas in 1990. He taught English at Harrisburg Area Community College until his retirement in 2016. He serves on the Board of Directors for Vision Resources of Central Pennsylvania. He lives with his one and only wife, Betty, in Harrisburg, PA.

Find out more about the Beta-Earth series on the official website -- http://www.drwesleybritton.com

WesleyBritton added:
A Throne for an Alien - The Beta Earth Chronicles: Book Four by Wesley Britton