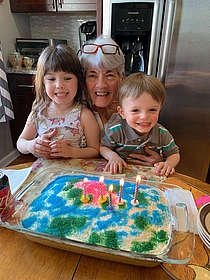 About meI am a former elementary school principal. Retiring in June of 2011, has afforded me much more time to read. Previously, I was a teacher and encouraged my students to love reading. There's nothing quite as fulfilling as seeing a child wrapped up in a good book and transformed to another world/time/galaxy.

About my library"It would be a good thing to buy books if one could also buy the time to read them; but one usually confuses the purchase of books with the acquisition of their contents. Arthur Schopehnhauer, 'On Books and Writing' (1851) in A Book Addict's Treasury

Audio of the Year:

Guest House for Young Widows by Azadeh Moaveni
Fall and Rise: the Story of 9/11 by Mitchell Zuckoff
Ghost Soldiers: The Epic Account of World War II’s Greatest Rescue Mission by Hampton Sides
A Tale of Love and Darkness by Amos Oz
Say Nothing: A True Story of Murder and Memory in Northern Ireland by Patrick Radden Keefe

BOOK OF THE YEAR:

Only Killers and Thievesby Paul Howarth

Book of the Year

Paul Scott’s 4 book series The Jewel in the Crown

The Warmth of Other Suns by Isobel Wilkerson
Educated by Tara Westover
1947: Where Now Begins by Elizabeth Asbrink
Bad Blood: Secrets and Lies in a Silicon Valley Startup by John Carreyou
American Mirror: the Life and Art of Norman Rockwell by Deborah Solomon

Favorite lists1001 Books You Must Read Before You Die