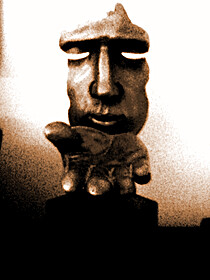 About me"This is my simple religion. There is no need for temples; no need for complicated philosophy. Our own brains, our own heart is our temple; the philosophy is kindness"
-Dalai Lama
"The most beautiful thing we can experience is the mysterious. It is the source of all true art & science"
-Einstein
"It is w/ our passions, as it is w/ fire & water, they are good servants but bad masters."
-Aesop
"Few are those who see with their own eyes & feel with their own hearts."
-Einstein
"Do not bite at the bait of pleasure till you know there is no hook beneath it."
-Thomas Jefferson
"Everyone thinks of changing the world, but no one thinks of changing himself"
-Tolstoy
"Conformity is the jailor of freedom & enemy of growth."
-JFK
"We forfeit 3/4ths of ourselves to be like other people."
-Schopenhauer
"The realization that there are other points of view is the beginning of wisdom."
-Charles M. Campbell
"The aim of art is to represent not the outward appearance of things but their inward significance."
-Aristotle
"If art is to nourish the roots of our culture, society must set the artist free to follow his vision wherever it takes him."
-JFK
"People call me a feminist whenever I express sentiments that differentiate me from a door mat or prostitute."
-Rebecca West
"I cling to my imperfections, as the very essence of my being."
-Anatole France
"Develop interest in life as you see it; people, things, literature, music. The world is... simple throbbing with rich treasure, beautiful souls & fascinating people."
-Henry Miller
"We work in the dark-we do what we can we give what we have. Our doubt is our passion & our passion is our task, the rest is the madness of art."
-Henry James
"Man is neither angel nor beast, & it is unfortunately the case that anyone trying to act the angel acts the beast."
-Pascal

About my library"Books are funny little portable pieces of thought."
-Susan Sontag
"If a thing can be done, why do it?"
-Gertrude Stein
"If love is the answer could you rephrase the question?"
-Lily Tomlin
"When you reread a classic you do not see more in the book than you did before; you see more in you than there was before"
-Clifton Fadiman
"Obstacle cannot crush me / Every obstacle yields to stern resolve / He who is fixed to a star does not change his mind"
-Leonardo da Vinci
"I have always thought that all men should be free, but if any should be slaves, it should be first those who desire it for themselves, and secondly those who desire it for others. Whenever I hear anyone arguing for slavery, I feel a strong impulse to see it tried on him personally"
-Abraham Lincoln