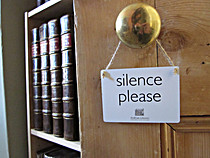 About meI am an academic philosopher by profession.

About my libraryMy library is a mixture of an academic working library and a collector's library. The heart of my collection is focused on the history of philosophy, weighted towards ancient philosophy as this is my main area of work. This means I also have interests in classics.

Beyond my philosophical work I'm especially interested in the transmission of texts, including medieval manuscripts, early printing, the history of libraries, and various other book-related topics. I am a member of The Bibliographical Society (http://www.bibsoc.org.uk/) and a reader of The Book Collector (http://www.thebookcollector.co.uk/). I recently published a piece in The Book Collector about my collecting, under the title 'Collecting Stoicism' (https://www.academia.edu/8642978/Collecting_Stoicism).

Bringing these two interests together, the highpoint of my collection focuses on early printed editions of ancient philosophical texts, the older the better. The oldest is currently 1541. I also collect single leaves from incunabula, the oldest of which is from 1476. You can find images of my older books and leaves at http://www.flickr.com/photos/25441650@N02/

My collecting began gently when I was an undergraduate student in the early 1990s and I first realized that I could buy durable old hardbacks for less than the price of new ephemeral paperbacks (I started with the old Everyman's Library). In 1996 I made a first attempt to catalogue my books and found that I had around 500. That increased by an average of 100 a year (i.e. 2 a week) until I had around 1000 in 2001, when I finished my graduate studies. A decade later in 2011 the total was just over 3000, not including my wife's books or other non-academic books in the house. (In other words I bought 4 books per week, week in week out, for 10 years!) It remained at that level for a few years, as although I continued to add I also had occasional clear outs and got rid of things I thought I no longer wanted, usually due to concerns about lack of space. I have almost always regretted this! I have resolved not to do this any more. The total now in 2016 is just over 4000. I've kept up the catalogue started in 1996 and it is now a 200 page book which I get printed from time to time.