HomeGroupsTalkMoreZeitgeist
This site uses cookies to deliver our services, improve performance, for analytics, and (if not signed in) for advertising. By using LibraryThing you acknowledge that you have read and understand our Terms of Service and Privacy Policy. Your use of the site and services is subject to these policies and terms.
fglaysher Profile Books Statistics Reviews Clouds 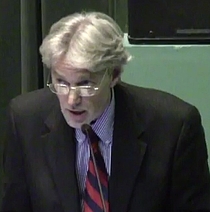 About meWelcome. I'm an epic poet, rhapsode, poet-critic, and the author or editor of several books.

Thirty years in the making, published in late November 2012, my epic poem, "The Parliament of Poets," takes place partly on the moon, at the Apollo 11 landing site, the Sea of Tranquility. Apollo calls all the poets of the nations, ancient and modern, East and West, to assemble on the moon to consult on the meaning of modernity. The Parliament of Poets sends the Persona on a Journey to the seven continents to learn from all of the spiritual and wisdom traditions of humankind. On Earth and on the moon, the poets teach him a new global, universal vision of life.

Reviews of The Parliament of Poets: An Epic Poem

"Very readable and intriguingly enjoyable. ...a masterpiece that will stand the test of time." —Poetry Cornwall, No.36, England.

"A great epic poem of startling originality and universal significance, ingeniously enriching the canon of 'literary epics' while in every way partaking of the nature of world literature. ...Glaysher is in a creative dialog with the greatest epic poets of all time. He is bringing together in beautiful verse form...diverse visions of humanity from all over the world. ...frequently casting them in the form of spatial and cosmic imagery. A pure joy...contemporary 'world literature' at its best." —Dr. Hans-George Ruprecht, CKCU Literary News, Carleton University, Ottawa, Canada. http://cod.ckcufm.com/programs/414/12439.html

"The Parliament of Poets is one of the most important books of our time. In this grand sweeping epic, Glaysher has managed to live up to the task given to him by The Parliament of Poets. ...a new vision for humanity; one of Unity and Oneness of humankind. ...synthesizing and integrating the great thinkers of all time. ...a tangible vision of our shared humanity. ...an impassioned plea that we WAKE UP before we destroy ourselves and our one precious planet. ...an inspired epic that integrates the ancient wisdom teachings of the world's greatest wisdom teachers and poets. ...a new vision and sense of responsibility towards our shared humanity. ...a very important book for our times and a MUST READ!!!!" —Tina Benson, Amazon Review; Goodreads, California.

"Glaysher...has shown...that with the right subject matter and the right language, one can create an epic poem even in today's age. ...a beautiful poem that falls off the tongue smoothly. All through this epic poem, the Poet of the Moon is addressing or discussing the Buddhist concept of Itai Doshin or the unity of the mind in the midst of diversity, which is also the concept that underpins the Ubuntu philosophy, which translates into 'I am, because we are'. The poet talks about peaceful coexistence, that oneness of us as a people of the earth and with our environment. He sees rapacious quest for wealth as unhealthy, impacting negatively on us as a people. He believes that everything should be done to advance the course of humanity and not an individual. He believes that science and religion should not be antagonists but should both work to advance the course of humanity. The problem comes when the sole end of scientific research becomes profit. And here one should equally add religion, with regards to the springing up of churches whose ultimate goal is making money for the founders. In effect the poet wants to see the unity of what he calls 'false dichotomies': science and religion, reason and intuition, material and spiritual, white and black, and others. ...an excellent piece of poetry." —Nana Fredua-Agyeman, Accra, Ghana, Africa. ImageNations; Goodreads. http://freduagyeman.blogspot.com/2013/10/41-parliament-of-poets-by-frederick.htm...

"Certainly wowed the crowd at the library with the performance and the words themselves." —Albany Poets News, New York. http://albanypoets.com/2013/02/frederick-glayshers-the-parliament-of-poets/

"Most of the contemporary poets and critics claim that epic is not suitable for our modern age. But Frederick Glaysher has proven them wrong.... 'The Parliament of Poets' has all the grandeur, all the loftiness and qualities which make an 'effort for an epic' a 'true epic.' In essence, 'The Parliament of Poets' is a song of unity, an audacious declaration that unity does not mean conformity, it means being in harmony. The poet himself is the main character of this epic poem, who travels to the moon, meets a large number of great poets and writers of the world, comes back to earth to have some glimpses of bygone times. Throughout the entire journey, many poets, writers, sages guide the poet and share their invaluable knowledge and insights. " —Ratul Pal, Bangladesh, Goodreads. http://www.goodreads.com/book/show/16107863-the-parliament-of-poets-an-epic-poem...

"The poets that are identified in this fascinating book see a universal brotherhood...." —Amazon Review http://www.amazon.com/The-Parliament-Poets-Epic-Poem/dp/098267788X/ref=cm_cr_pr_...

Read a free chapter, BOOK I, of The Parliament of Poets on Amazon US or UK preview.
http://www.amazon.com/Parliament-Poets-Epic-Poem-ebook/dp/B00AAQCCU0/ref=sr_1_1?...

Or as a free PDF:
http://books.fglaysher.com/The-Parliament-of-Poets-An-Epic-Poem-Book-I-FREE-Book...

Much of my book The Grove of the Eumenides forms the background study for my epic poem The Parliament of Poets.

The Grove of the Eumenides: Essays on Literature, Criticism, and Culture. Earthrise Press, 2007. 340 pages.

Letters from the American Desert: Signposts of a Journey, A Vision. Preface. Earthrise Press, 2008. 172 pages.

About my libraryLiterary, West, East, whatever. Categories have always annoyed me. Cliques, coteries, isms, etc. I don't think most writers worth reading ever cared about those classroom props. They stand in the way, as they always have, of new forms of experience, consciousness, and writing--stand in the way of a new vision of what it means to be human, in the way of a new future receiving a hearing and being understood. The chestnuts of postmodernism all come down to that. They very much stand in the way today. Lived experience is what counts. It's changed, but our thinking hasn't sufficiently caught up. Especially in academia.

The publishers and newspaper and library reviewing venues of today are atrophied, imposing exhausted visions, keeping the patient on life support. The gatekeepers are defending the decrepit gates, dilapidated as they are, while writers increasingly walk or surf around them.... LibraryThing, and sites like it, have a chance to play a role in moving into the future, where the individual writer breaks free of the tyranny of exploitation represented by the corporate publishing conglomerates, and others, scratching one another's backs.

We must fully embrace the logic of the Post-Gutenberg Age. The publisher / reviewer / librarian gatekeeper relationships represent a deleterious intervention between writers and readers, often now imposing and protecting politically correct thinking, suppressing other alternatives. While Jason Epstein's Espresso Book Machine and POD will have to battle it out, or share the turf, amongst themselves and ebooks--it's clear the rule of the age-old emperor is past. Devices like Google's Nexus 7, on which I have over 5,000 books and another 5,000 articles, add to the competition and mix of *ways* of reading. See my blog, eReading: http://fglaysher.com/TheGlobe/category/ereading/

It's already happened with music. Now it's time for publishing to change.

The Mission of Earthrise Press
http://www.fglaysher.com/mission_of_earthrise_press.html