HomeGroupsTalkMoreZeitgeist
This site uses cookies to deliver our services, improve performance, for analytics, and (if not signed in) for advertising. By using LibraryThing you acknowledge that you have read and understand our Terms of Service and Privacy Policy. Your use of the site and services is subject to these policies and terms.
fivestarpublications Profile Books Charts & Graphs Reviews

The Student from Zombie Island: Conquering the Rumor Monster by Michael J. Moorehead

Dave Pratt, Behind the Mic: 30 Years in Radio by Dave Pratt

Cheery: The True Adventures of a Chiricahua Leopard Frog by Elizabeth W. Davidson

Henry's Daughter: My Journeys Through the 20th Century by Mildred Norman

Loading may take as much as a minute if it hasn't been updated recently. 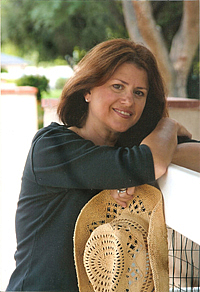 About meSince 1985, veteran publisher Linda F. Radke, owner of Five Star Publications, has been ahead of her game -- self-publishing before it was commonplace, partnership publishing before the rest of the world even knew what it was, and producing award-winning traditionally and nontraditionally published fiction and nonfiction manuscripts for adults and children.

Among her many accolades, Radke is author of The Economical Guide to Self-Publishing (a 2010 Paris Book Festival first-place winner in the "How-To" category and a Writer's Digest Book Club selection, now into its second edition) and Promote Like a Pro: Small Budget, Big Show (a Doubleday Executive Program Book Club selection). She is also a founding member of the Arizona Book Publishing Association, was named "Book Marketer of the Year" by Book Publicists of Southern California, and received numerous public relations and marketing awards from Arizona Press Women.

In addition to the honors Radke garnered for her own publications, she is responsible for producing premium quality books for clients and authors. Just since 2005, more than 35 received recognition for excellence on local, national and international levels, with a plethora of others receiving the same prior to 2005. Using her award-winning marketing and public relations skills, she also promotes her authors' books and those of others, increasing their visibility and recognition exponentially.

History:
Five Star Publications' journey to becoming one of the nation's leading consulting firms in the areas of book production, marketing, publicity, and distribution began simply enough with Radke's desire to print a few books to complement the household employment agency she owned. For Radke, who on more than one occasion has been teased about having "printer's ink in her veins," the experience of publishing the books was exhilarating, prompting her to change careers and launch Five Star Publications without looking back. Eventually, Radke added services and acted as a publishing eDistributor for other self-publishers, ventured into traditional publishing, and pioneered partnership publishing to allow her to publish more authors and make them a more integral part of the creative process of publishing.