HomeGroupsTalkExploreZeitgeist
This site uses cookies to deliver our services, improve performance, for analytics, and (if not signed in) for advertising. By using LibraryThing you acknowledge that you have read and understand our Terms of Service and Privacy Policy. Your use of the site and services is subject to these policies and terms.
g026r Profile Books Charts & Graphs Reviews Gallery 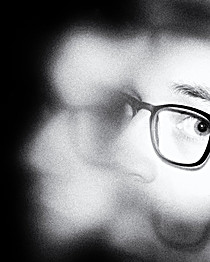 About my library* Novels: Long-form fiction works, including novellas.
* Short stories: Not novels.
* Graphic novels & comic strips: Original graphic novels, manga, and compilations collecting comic-book stories and newspaper strips.
* Drama: Play scripts.
* Poetry: Also includes essays by poets on the subject of poetry.
* Religion, mythology, folk tales: Books on or about the aforementioned subject, including collections of myths, tales, &c.
* Magazines & pulps: What it says.
* Reference: Dictionaries. Encyclopedias.
* Cookbooks: Mmmm.
* Gaming: Mostly roleplaying games.
* Miscellany: Generally books published as non-fiction though clearly fiction (e.g. Geoffrey of Monmouth), but also other odds & ends (e.g. prose translations of poetry).
* Government press: My minor hobby. Books produced for export by government-run publishers from the People's Republic of China up to the end of the Cultural Revolution (though a few post-Mao publications slip in as well), and the Soviet Union. (Would like to add books from: Albania, East Germany, DPRK, and Yugoslavia, but those are less common in second-hand shops.)