HomeGroupsTalkExploreZeitgeist
This site uses cookies to deliver our services, improve performance, for analytics, and (if not signed in) for advertising. By using LibraryThing you acknowledge that you have read and understand our Terms of Service and Privacy Policy. Your use of the site and services is subject to these policies and terms.
gwernin Profile Books Charts & Graphs Reviews Gallery 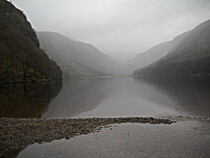 After a long career as a mining geologist in California and Alaska, and a shorter one as a database administrator in Colorado, I'm currently writing my seventh novel set in 6th century Britain and Ireland.

For updates on what I'm currently writing see the Roman and Dark Ages Britain group, or visit my blog.

THE STORYTELLER SERIES SO FAR:

What: Four historical novels - Storyteller, Flight of the Hawk, and The Ash Spear, completing the first trilogy, followed by the second trilogy, now in progress, which begins with The Fallen Stones, and takes my narrator to Ireland. I hope this will be a nine- or ten-book series altogether. There are also two related but stand-alone spin-offs: The Druid's Son, set in 1st century AD during the Roman invasion of Britain, and The King's Druid, set in 6th century Ireland.

When & Where: 6th century Britain and Ireland, a generation after King Arthur.

Who: A young man called Gwernin who wants to become a bard. He begins as a traveling storyteller, and ends as - but I'll let him tell you that himself. Along the way we hear some of the stories he tells and experiences, in a time and place where real world and otherworld are not that far apart.

Why: Because I've always had a strong interest in Dark Ages Britain, ever since I read Rosemary Sutcliff's The Lantern Bearers in 9th grade, and this was one way of going there.

Why not write about King Arthur, then? Because lots of people (including Sutcliff) have done it already, and anyway I found Aneirin in The Shining Company more interesting...

Where can I find more information about the series? Check out my blog or read the first three chapters of Storyteller here.

I'd like to read and review your books. Are reviewer copies available? I'm always happy to provide ebook copies of my books to book bloggers and other established reviewers - just leave me a private comment.

And for DISCUSSION THREADS, see my Roman and Dark Ages Britain group.

About my libraryPartly for reference, partly for fun.

LINK to my author page for times when the yellow button disappears.

Currently readingWisdom sits in places : landscape and language among the Western Apache by Keith H. Basso
From the Cauldron Born: Exploring the Magic of Welsh Legend & Lore by Kristoffer Hughes
The First Kingdom: Britain in the age of Arthur by Max Adams
The Book of Taliesin: Poems of Warfare and Praise in an Enchanted Britain by Gwyneth Lewis
Return to Segais by Anthony Murphy