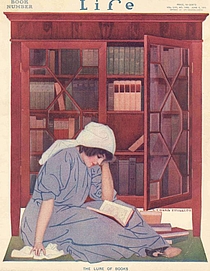 About meI have over thirty–five years of collecting and investing in original art, comic books, US stamps, coins, and illustrated books. I have a Bachelor of Arts in Liberal Studies, Art History and Music, from California State University, Long Beach. As an Art History major in college, I conducted independent field studies in Europe and have visited most of the major art museums in Europe and United States.

I have one of the largest private collections of the art of Franklin Booth (1874-1948) in the United States. Considered by many to be one of the most important talents in the field of illustration, Franklin Booth inspired generations with his work. He imitated the woodblock printing techniques of the late 1800’s in the development of his style, and with his pen created fresh and unique images. My collection is featured in a newly-published book from Manuel Auad. You can check it out at www.auadpublishing.com

I am also a collector of the illustrations of Bernie Wrightson who illustrated Mary Shelley’s Frankenstein, considered to be one of the most beautifully illustrated books of the last century. Wrightson was greatly influenced by the art of Franklin Booth.