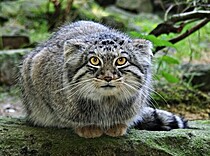 About meI was born in 1987. Any other information I might provide right now can probably be inferred from the below lists and my library itself.

About my libraryI only list books that I have at least partly read. Books that I acquired long ago, which includes much of the SFF and some other things, are incompletely represented, because many of them are in storage elsewhere.

I regret rating anything, and if the Power Edit function allowed me to remove ratings en masse I would do so. My tagging system is inconsistent because I can't be bothered to redo my old tags.

GroupsAtheism and humanism, British & Irish Children's Fiction, INTPs, Russian books and language, Say Yes to Michigan, The City and the Book, The University of Chicago

Other favoritesArt Institute of Chicago