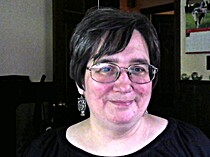 About meLinda Nelson, the Young Adult writer of Contemporary and Fantasy, chose to self-publish in 2010. Her first book was originally titled; Friends of Choice may not have been received well in the beginning. That was before she learned about book cover design and everything else associated with publishing independently. Since then, she has redesigned all of her covers, retitled her first book and learned the editing skills she had lacked in the beginning.

In 2013, Linda was introduced to writing romances. She had never written a romance before, but with the help of her writing group, she ended her contemporary series on a happy note with a sweet romance.

“The best part was giving the main character her happy ending. I cried at the end, and I’m the author. If I cry, I think others will cry too.”

Current Events:
In May 2016, Linda Nelson returned to school. She does work a day job and a few months before went through a temporary separation from this position for a few weeks. This caused her to take a look at her long-term goals, writing being one of them, continuing education was the other. Her studies are at Franklin Pierce University where she is seeking a Bachelor of Science degree in Accounting, with the intentions of acquiring her Masters of Science in Accounting. She did take a few social service courses which she hopes will help her continue with her young adult contemporary stories.

“I’ve always wanted a degree. It is funny how life happens, and you see an opportunity that you had wished you had jumped at years ago. I saw this and said, now or never. So here I am, thirty years later, going back to college.

“I will continue to write, just not as prolific as I was in the beginning. There will be a greater focus on improvements not only in writing but also in the telling of a great story.”

About my libraryLinda reads mostly on her Kindle. She loves the fact that she can carry around her entire library where ever she goes, especially to work. Her favorite genre to read is Fantasy, followed behind by murder/mystery/suspense. If the story includes a romance, she considers that a bonus read.