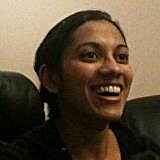 About meGrowing up, I spent a large amount of my time devouring the books on my father’s bookshelf, one by one. I procrastinated studying for my finals in high school with the characters created by Frederick Forsyth, John Grisham, and Michael Crichton. I didn’t realize where that passion would lead me until much later.
I had a lot of different interests, so I chose to study in an Engineering and Business program at the University of Pennsylvania. While I enjoyed the quantitative and analytical basis of the program and the work I did afterward, I always felt like something in my life was missing.
The idea for THE AHRIMAN LEGACY struck me when I was visiting my family in Kuwait. I was working and living in New York at the time and while I committed to eventually writing the book, it took some time before I sat down and finished my first draft. A friend of mine pointed me toward the National Novel Writing Month (Nanowrimo) and I committed to putting my thoughts on paper – 50,000 words in 30 days. At the time I was in graduate school in London and I wrote every moment that I could spare during that time. I was shuttling over to Paris on a regular basis because my husband (at that time, my boyfriend) was living there. I wrote on the train, in flight, on the metro, and sometimes even in class. When the thirty days had passed, I had written over 50,000 words, but only a little over half of my story. Over the next few months I finished it, finally completing my first draft during a month off of school that should have been devoted toward my masters’ thesis.
In the process of writing that first draft, I discovered my calling and the mold that has now become the central part of my professional life. Writing is my center and while I do spend my time on projects outside of it, they are all structured around hollowing out space so that I have time for it. Sometimes when I tell people about writing, they ask me if this is a hobby or something more. Initially I used to call it “a little more than a hobby”. That was true, but I no longer phrase it according to that reference. First and foremost, I am a writer, although I may do many other things outside of it to support myself and my family financially. Someday hopefully I can do this full time, but until then I am content with splitting my time while allowing writing to be at the center.

About my libraryI love to read and I go through fiction pretty quickly. Being on a social networking site like librarything is new to me though so I will slowly be adding to my library. I read mystery, thrillers, sci fi, classics - basically any kind of fiction that I hear is worth reading. I also read some non-fiction so I would love to hear recommendations if you have them for either.