HomeGroupsTalkExploreZeitgeist
This site uses cookies to deliver our services, improve performance, for analytics, and (if not signed in) for advertising. By using LibraryThing you acknowledge that you have read and understand our Terms of Service and Privacy Policy. Your use of the site and services is subject to these policies and terms.
rosaleenmoriartysimm Profile Books Charts & Graphs Reviews 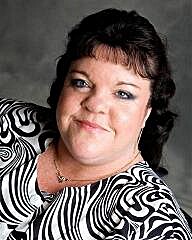 About meRosaleen (Rosie) Moriarty-Simmonds was born in 1960, and describes herself as a disabled person whose impairment, four limbed phocomelia, was caused by the drug Thalidomide.

Having graduated with an Honors Degree in Psychology from Cardiff University in 1985, Rosie became a Civil Servant until she left in 1993.

In 1995, Rosie formed the RMS Disability Issues Consultancy and has worked with the BBC and ITV on various projects covering human interest and the politics of disability. She has also been a guest presenter for the BBC at the Royal Welsh show -- Europe's premier agricultural and country show.

In addition, she has presented a radio documentary series for BBC Radio marking the 50th anniversary of the introduction of Thalidomide into the UK.

Rosie is committed to her voluntary work with many disability organisations and is happily married with one adored son. She has also contributed to a number of books, dealing with the experiences of being a disabled person on both a professional and domestic level.

Of her autobiography, Rosie says that the completion of her story was “A long held promise to my late mother, to commit my story to paper. As the generation of so-called Thalidomide children born in the 1960’s are now in middle age, it is important that the story of Thalidomide, and the lessons learnt from the tragedy, are never forgotten.”