HomeGroupsTalkMoreZeitgeist
This site uses cookies to deliver our services, improve performance, for analytics, and (if not signed in) for advertising. By using LibraryThing you acknowledge that you have read and understand our Terms of Service and Privacy Policy. Your use of the site and services is subject to these policies and terms.
teresa1953 Profile Books Statistics Reviews Clouds 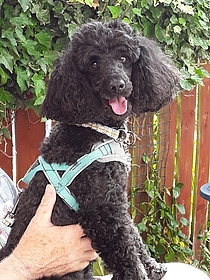 About meI am married with with a grown up family and live in Yorkshire England. We have 2 beautiful Ragdoll cats Tia and Theo and a rescue miniature poodle named Cocoa.

About my libraryMy library is very varied, but the major part is fiction. Some books are owned and some are library books.

The House Martin by William Parker
Those who Save Us by Jenna Blum
The Passage by Justin Cronin
Portrait of the Mother as a Young Woman by Friedrich Christian Delius
Room: A Novel by Emma Donoghue
In a Strange Room by Damon Galgut
Even the Dogs: A Novel by Jon McGregor
Stone in a Landslide by Maria Barbal
On the Holloway Road by Andrew Blackman
Beside the Sea by Veronique Olmi

Great reads of 2011...in no particular order

Groups1001 Books to read before you die, 50 Book Challenge, And Other Stories, Book of the month club, BookCrossers, Books that made me think, Fans of Joyce Carol Oates, Hobnob with Authors, I want to read that!, Made into a Movie —show all groups, What Are You Reading Now?

Currently readingGirl A: an astonishing new crime thriller debut novel from the biggest literary fiction voice of 2021 by Abigail Dean