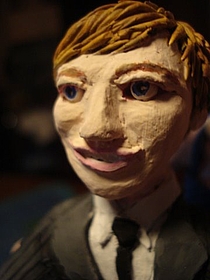 About meJust a guy who likes to read.
Reading now: "The Committed" by Viet Thanh Nguyen, and "Languages of Truth" by Salman Rushdie.

About my libraryThis is a selection of books I have read. There are more, but some I have forgotten and some are too embarassing (I didn't always possess such discerning taste in literature). As you may be able to tell I have a particular fondness for contemporary Western literature. The books are far more interesting than I am, so really you should have skipped this. It's not too late, quit reading now!

Currently readingTalking to Strangers: What We Should Know about the People We Don't Know by Malcolm Gladwell
Languages of Truth: Essays 2003-2020 by Salman Rushdie
The Committed by Viet Thanh Nguyen