The Trial: A New Translation Based on the Restored Text (Franz Kafka)

The Trial: A New Translation Based on the Restored Text (Franz Kafka)

I have been meaning to read Kafka's The Trial for some time now; but the dilemma I have is whether the new and revised text in English ISBN 0-805209999 is really worth the investment or to just save my shekels and pick up an older English translation from the usual thrift stores and bookshops in town ? 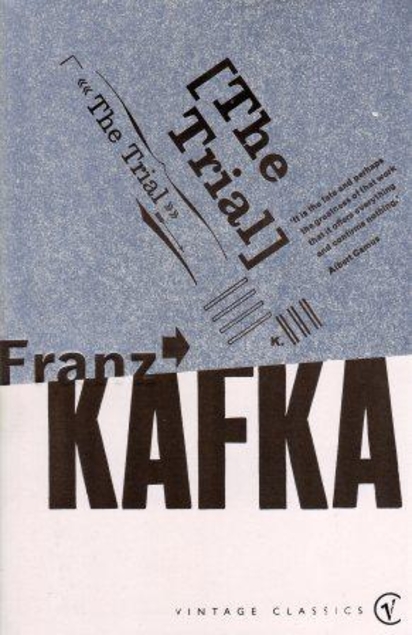 The typeset is clumsy and blunt, even if the cover is lovely. So I will read this one eventually, and make do with whatever version it is. It doenst seem to contain any extra information within.

This information from the publisher of ISBN-9780805209990 caught my attention. I was just sceptical how much this was true, so thought I'd ask here to ask for some unbiased opinions. It sounds very good; but, is it on the other hand just 'spin' ?

Written in 1914, The Trial is one of the most important novels of the twentieth century: the terrifying tale of Josef K., a respectable bank officer who is suddenly and inexplicably arrested and must defend himself against a charge about which he can get no information. Whether read as an existential tale, a parable, or a prophecy of the excesses of modern bureaucracy wedded to the madness of totalitarianism, Kafka's nightmare has resonated with chilling truth for generations of readers. This new edition is based upon the work of an international team of experts who have restored the text, the sequence of chapters, and their division to create a version that is as close as possible to the way the author left it.

In his brilliant translation, Breon Mitchell masterfully reproduces the distinctive poetics of Kafka's prose, revealing a novel that is as full of energy and power as it was when it was first written.

I'm sure a lot of it is spin, but "The Trial," whatever translation you end up reading, is one of the primary imaginative works of the 20th Century.

Kafka was among the first to take on the previous century's preoccupation with the tension between the individual and the state, the nature of bureaucratic power, and alienation.

Brecht, Orwell, Huxley, and a host of others picked up on these themes and ran with them. Heck, there's even a Twilight Zone episode with Fritz Weaver that is pretty much a 30-minute adaptation of "The Trial."