Starting this thread seems an appropriate way to celebrate RB's birthday (he's 201 today). What are your favorite Robert Browning quotes?

And after April, when May follows,
And the whitethroat builds, and all the swallows! - "Home-Thoughts, from Abroad"

By the way, this is my first post on LT. Hi! - hearthlit

Hi hearthlit (what a cozy name!) and welcome to the group.

Looking at your profile pic. I think I'll add a gardening quote.

Hark, where my blossomed pear-tree in the hedge
Leans to the field and scatters on the clover
Blossoms and dewdrops--at the bent spray's edge--

That's from the same poem, of course. :) - hearthlit

I had thought to add a Robert Browning quote that irritated me as a child, but made more sense as an adult. However, I knew the quote from the wonderful musical Robert and Elizabeth starring Sir John Clements as Barrett, June Bronhill as Elizabeth and Keith Michell. When I looked up the quote, I found that the quote was changed a bit to suit the music and, it turns out that I am not nearly as fond of the rest of the poem. If you ever get a chance to hear this particular recording of Robert and Elizabeth, I thought that Keith Michell was amazing as Robert Browning. I really want a recording of Keith Michell as Man de la Mancha.

I haven't seen the musical, but the Brownings' love story is certainly beautiful.
And I'm sure I've seen Keith Michell in other film roles. - hearthlit 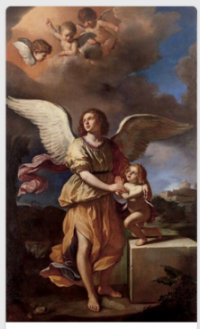 Dear and great Angel, wouldst thou only leave
That child, when thou hast done with him, for me! . . .

I think how I should view the earth and skies
And sea, when once again my brow was bared
After thy healing, with such different eyes.

O world, as God has made it! All is beauty:
And knowing this is love, and love is duty.

>7 2wonderY: Thanks for posting the image!

"The year’s at the spring; And day’s at the morn; Morning’s at seven;
The hill-side’s dew-pearled; The lark’s on the wing;
The snail’s on the thorn: God’s in his heaven, All’s right with the world!” – Robert Browning

"Never the time and the place and the loved one all together!” – Robert Browning